In this age of information, it is very important to advertise and market, especially when you are planning to make a sale in the internet. In California, a filmmaker made a very funny spoof of a car commercial to help his girlfriend sell her used car, a Honda Accord. But the hilarious “commercial” has since gone viral, with a lot of people bidding on the car, which was listed on eBay. 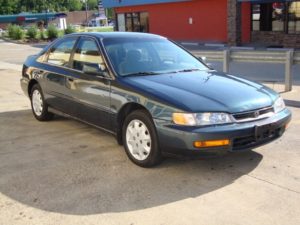 29-year old filmmaker Max Lanman is a writer and director in Los Angeles. He had experience making ads and several commercials for high-profile brands such as Microsoft and Haagen-Dazs. When his girlfriend Carrie Hollenbeck told him that she wanted to sell her old car, he decided to put his expertise to help out and make a hilarious spoof ad. The ad, which was posted on YouTube, has garnered over 2 million views. It features several angles of the old car and even some drone shots of California.

“The inspiration to make the ad came while my girlfriend Carrie and I were driving up the coast on Highway 1, heading to Big Sur to go camping. It dawned on me that it would be really funny to film a car commercial for a really crappy car against such a gorgeous backdrop,” Lanman said in an interview with the BBC. He also stated that he was surprised by the reaction to the video and that fact that it had gone viral.

“It is surreal to think that something that I made with my friends, that two days ago sat on my computer, is now being watched around the world. Thank God for the internet.”