In the world of Disney, Mickey Mouse is undoubtedly the face of the company. He has been with the Disney company since the start. One of the very first animated flicks of Disney has been a black and white Mickey Mouse singing and dancing in a riverboat. But not everyone sees Mickey as the best cartoon. In Germany, they consider Donald Duck to be the number one star. 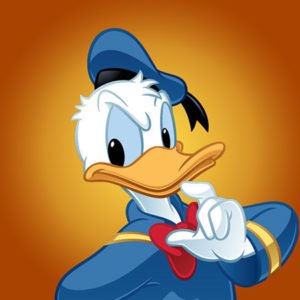 It’s been more than 50 years after the cartoon was first viewed in Germany, and Donald is still one of the best selling comic titles at newsstands. Several generations have grown up with the local paperback magazines called Lustiges Taschenbuch, along with stories of Donald, his rich uncle Scrooge McDuck, and his three nephews Huey, Dewey, and Louie. Fans of Donald even have a name in the country; they are known as Donaldists. 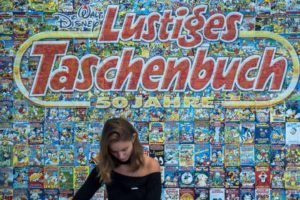 “We Donaldists assume that Duckburg really exists, and we ask ourselves questions on all kinds of details from the adventures of the Duck family, which for us are not made-up stories but factual reports,” said 46-year old fan, Alexander Poth. “All discrepancies in these reports are examined scientifically by our members, and the results are published in our trade magazine, ‘The Donaldist’, and presented and discussed at our annual congress.”

Donald Duck’s popularity has been so engrained in several generations in Germany that you can see in influences in all forms of media, and not just in magazine and cartoons. Most cartoon art and graphics are of the popular duck. There are even bands from Germany that have named their music after the popular pants-less sailor duck. A popular theory has been that German identify more with the personality and attitude of the straightforward Donald, and that’s why they prefer him to any other cartoon character.