Police Officers Called in to Stop a Party, they Join It Instead

Earlier this week, a private event in Ontario started to get wild and noisy. There was a band, and the music and the crowd was getting a little too loud.Â  It wasn’t long until the Peel Police showed up. As expected the people had started to disperse, thinking that the party was over. But they did not expect what happened next. Instead of shutting down the music, the officers decided to join the band for a quick jam. 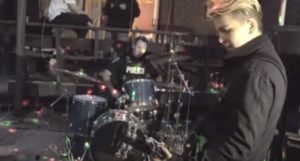 The band that was playing at the party was a teenage rock band named Vinyl Ambush. According to Tom Bjelic, the father of 15-year old Corwin Bjelic of the band, they all thought that they were going to tell everyone to disperse. But the two officers only asked the band t turn down the amps of the instruments. Then they stood in the corner and listened to a few songs before leaving. 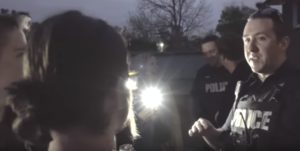 But then after about half an hour, the same two constables returned to the party. All the people at the party thought that that was the end of the party if the police had come back a second time. But one of the officers approached the drummer and asked him if he could sit in on a song with the band. The band agreed and the constable took off his standard issue boots and took his place behind the drum kit. The officer was able to jam with band playing their original music.

“Everybody was in shock. Nobody could believe what they were seeing,” said Bjelic. “Even the neighbors got into it. Everyone was so stoked to see it go down.” After a couple of songs, the officer handed the sticks to the band’s drummer and gave the band advice on how to make it in the music industry.