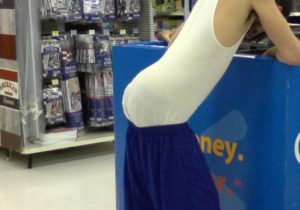 There used to be a fashion fad in the 90â€™s that had young men wear their pants low on their waists. But this guy decided to sport this style with a tight tank top tucked into his blue shorts/pants. It doesnâ€™t quite work as well. 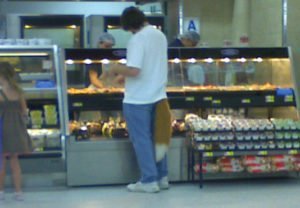