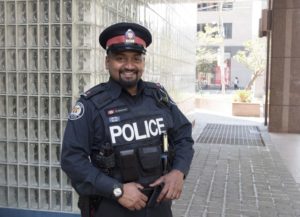 The incident happened earlier this week when Jeyanesa and his partner were called to a local Walmart, where there had been a reported theft. The loss prevention officer at the store had apprehended the young man who was trying to steal a dress shirt, a tie, and a pair of socks. Jeyanesan and his partner spoke to the boy and that’s when they found out that the outfit was for a job interview. 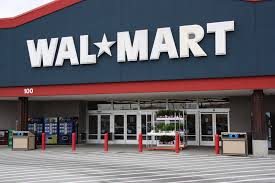 “This young person has been facing his own difficulties in life and he was looking to straighten out all that by providing for his family and trying to get a job,” said Jeyanesan. “This individual didn’t have any resources. He wanted to go get that job. That was in his mind. I think he truly made a mistake.” The shoplifter was initially arrested, but Jeyanesan released him without charge and purchased the items for him before letting him go.

“Arresting him wouldn’t have been in the best interests of anyone,” says Paul Bois, the staff sergeant of Jeyanesan. “I reacted very positively to the news; all issues were resolved by the action the officer took. It reiterates our goal of being positive role models in the community.”