Police Officer Buys Diapers for Mother That was Caught Stealing Them

In Maryland, a young mother was caught trying to steal diapers for her baby son. She tried to sneak off with the diapers when she realized she didn’t have the money to buy them. But the CCTV footage at the store captured her shoplifting and the police were notified. But a kind Maryland police officer that caught the young mother showed her sympathy and bought the diapers for her instead. 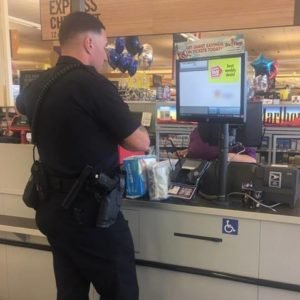 The 20-year old mother said that she stole then when she realized that she did not have enough money for them. But the local grocery store had security cameras and caught her trying to take them. The arresting officer, Bennet Johns, is a rookie on the Maryland Police Force, and felt for the mother. So he bought the two packs of diapers for her. But even though Johns bought her the diapers, he still issued the mother a criminal citation for the theft. 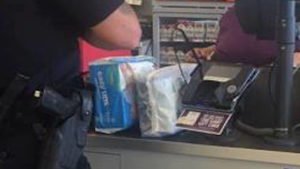 “Though we often joke that our field trainees are still in diapers, it turns out that rookie Officer Johns was not buying these for himself,” posted the Laurel Police Department on Social Media. “Though it’s but a snapshot of some of the work your officers are doing daily, we still wanted to take a moment to thank Officer Johns for not just fairly enforcing the law, but also showing empathy to an innocent child put in a difficult situation.” According to the report of Johns, the two packs of diapers cost $15. The name of the young mother was not released.