Earlier this week, the Pittsfield Police Department found a new way to give back to the community during the 4th of July weekend. It has actually been a few years in the making, but finally they were able to kick off “Operation Copsicle”. The operation involves buying an ice cream truck so they could give free ice cream to the children in the community. 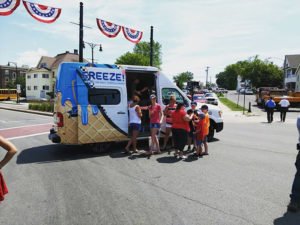 “There is no easier way to reach out to kids than through ice cream,” said Officer Darren Derby. “The ice cream just gets them there and that’s when you can have a conversation and they can ask you about things.” The entire operation was the idea of Officer Derby. He was known for being involved in community outreach programs and finding a way to give more to the local kids in the area. 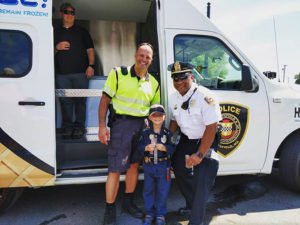 Derby also said that the community also played a part in getting the program operational. It was his program but he it took the help of everyone to get the “wheels rolling on the idea”. Derby said they stocked the truck full of ice cream earlier in the week with more than 2,000 popsicles to hand out to the kids and the local community. So far the community has had a great reaction to the operation. They have served ice cream to the kids but they have also given free ice cream treats to adults in the area.

“I think they’re still in kind of awe. Do the police really have an Operation Copsicle?” said Derby.