Pokemon Go Fans Gather at the Yokohama Festival in Japan

In Japan, thousands of players of the popular game Pokemon Go gathered at the port city of Yokohama to try their luck in catching the most sought after Pokemon. The festival featured several Pokemon-themed events including dance shows and costume parties where people dressed as giant Pikacus. The event gathers several fans of the game and the original Pokemon card game and show. 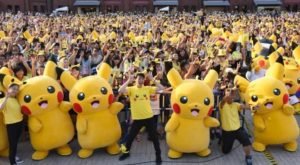 The game Pokemon Go is a smartphone-based game that requires players to explore their world in real time to catch pokemon scattered all over the world. The game has been one of the most popular mobile games and millions play the game all over the world. The festival in Yokohama was organized by the city and the Pokemon Company. The festival is said to feature an astounding 15,000 different kinds of Pikachus. Pikachu is a mouse-like creature and one of the most popular Pokemons in the game. 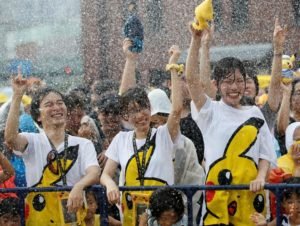 The festival’s main venue is the Pokemon Go Park, where visitors can stop by and hope to capture rare Pokemons, as well as challenge other players in battle. The game has become a global sensation since it was released in 2016. It has broken several records for mobile apps and mobile gaming titles. According to the developers of the game, there have been a total of 650 million downloads since the release of the game. The first Pokemon Go Festival was held in Chicago just last month. The festival caused servers to crash due to the number of people that attended. There were over 20,000 people who gathered at the Chicago festival.