Pizza Museum to be Put Up in Chicago

It was announced earlier this week that the U.S. Pizza Museum will be opened in Chicago’s South Loop. The museum will officially open on August 10 at the Roosevelt Collection at 1146 South Delano Court West. The museum will be presenting a collection of pizza memorabilia including vintage pizza boxes, pizza menus, ads, and several other historical items. There will even be some pizza slices offered to the visitors. 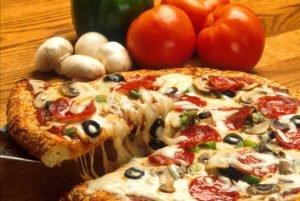 The museum was founded by pizza historian Kendall Bruns. The pizza museum started out as a series of pop-up events. But now it will be opening in a city that is known for its very own style of pizzas. The Chicago deep dish pizza is a signature style pizza that has been associated with the city for decades. It will be one of the styles of pizzas highlighted in the museum.

“As America’s favorite food, pizza provides an easy entry point to learn about history, pop culture, and the people behind the pizza,” said Bruns in a press release. “We expect the exhibits to have a nostalgic effect on viewers, and I’m thrilled to work with Roosevelt Collection to bring it to life. Visitors will benefit from free entry to the museum and an ongoing calendar of activities.” 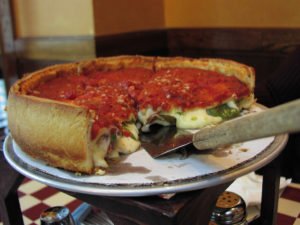 The Pizza museum will be open Fridays from 5 pm to 8 pm local time, and also during weekends from 11 am to 6 pm all of this October. There are plans to continue the operation of the museum if it is a success this month. The museum itself does not actually cook pizzas, but one of the restaurants at the loop, Aurelio’s, will be providing pies during the opening weekend.