Earlier this week, Dom’s NY Style Pizzeria in Wilmington, Delaware delivered two pizzas to passengers that were stuck in an Amtrak train. The Amtrak train was stranded on the track for an undisclosed reason and the passengers were beginning to get hungry. That’s when one of the passengers called Dom’s pizza and asked if they were able to deliver pizza to the stranded train. 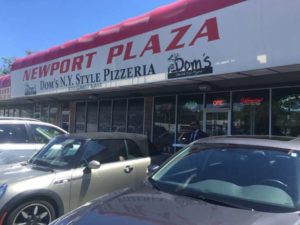 The clerk at the pizzeria was not sure if they were able to deliver so he turned to Jim Leary, who was a long-time pizza delivery man for the restaurant. Leary told him that it was possible. Leary has been delivering pizzas for 18 years, two of them with Dom’s. According to authorities, the train was between Boston and Washington and had stopped for unknown reasons. The passengers did not know how long they were going to be stranded in Delaware, and that’s when a few passengers called for a pizza delivery. 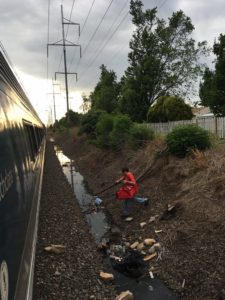 Leary said that he had to navigate his way though several rows of houses, a fence, and a berm, all while carrying two large pizzas in his bag. He eventually found the train but he had to call the customer to ask which car he was on. Leary got the instructions and was able to bring the pizzas to some cranky and hungry passengers. According to Leary, he was given a $12 tip from the credit card payment, but when the passengers realized he was thoughtful enough to bring paper plates, someone handed him an additional $20 tip. Leary said it was a strange delivery address, but not the most unusual places he’s delivered pizza to.