Earlier this week, one of the top footballers from the Netherlands and former Liverpool, forward Dirk Kuyt, announced his retirement after 18 professional years. Kuyt goes out on top in one of the rare instances when a successful player gets to retire after winning a championship. What makes things even sweeter is Kuyt scored a hat trick on his last game, the championship game. 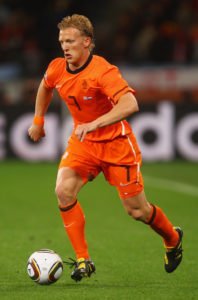 The championship game was played between Kuyt’s team Feyenoord and Heracles Almelo. They played in Rotterdam in front of 150,000 people. The final score was 3-1, with all the goals scored by Kuyt.Â According to the club, Kuyt will stay on with them as part of their technical management team. The club also made a statement thanking Kuyt for the two years that he spent with the club. Kuyt has won 104 caps for the Netherlands and lead the team to a 2010 World Cup Final appearance. Despite playing for several teams, Kuyt will be remembered for his time with Liverpool, where he will always be a fan favorite. 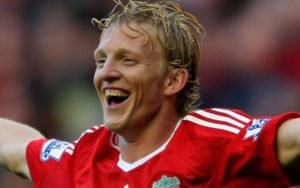 “All my dreams have come true. I made decisions throughout my whole career based on gut feeling, and for me this is the right time to stop,” said Kuyt, “Since returning to Feyenoord I’ve had two fantastic seasons, with the title this season an absolute highlight. I dreamt of becoming champion with Feyenoord.” In 18 years, Kuyt has played for several teams including Liverpool, AC Milan, and Turkish League Fenerbahce.Â  Kuyt has played for Feyenoord before, but it was only in this second stint that he was able to bring them a title.