Earlier this year, a Pittsburgh woman named Rebekah Ceidro dedicated her life to losing weight so that she could donate a kidney to save a friend’s life. It all began when Ceidro saw a social media post by Chris Moore, a former co-worker and friend. Apparently, Moore suffered from chronic kidney disease and he was told by his doctors that he only had 6 months to a year left to live unless he had a kidney transplant. 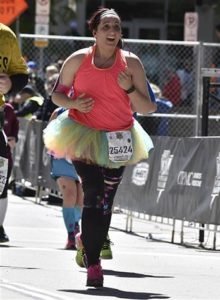 So Ceidro contacted Moore and told him that she would like to like to be his donor. Luckily, Ceidro was already Moore’s blood type. But just as they started the donor process, theÂ encountered a big problem. According to the doctors that had examined Ceidro, she was too heavy for her height to donate an organ. It was devastating for the both of them, but Ceidro refused to simply give up. She made up her mind to lose enoughÂ weight to be able to donate her kidney to Moore. 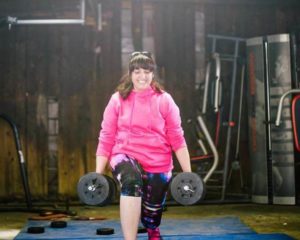 “Admittedly, I was really angry that two individual surgeons would have the audacity to say such a thing, but they were right,” Ceidro said. “My actual thought was, ‘I’m too fat to save my friend’s life.’ And that sucked, but that’s at least something you can change. I thought, This is what I’m going to do, I’m going to start running and keep running until I can do a 5K every day.”Â AndÂ in just a few months, Ceidro lost 40 pounds by exercising and keeping a healthy diet. She even joined a marathon and finished with an impressive time. Doctors are now preparing Ceidro and Moore for surgery in the next few months.