Vikas Jayani has always wanted to become a pilot. He worked hard at school and trained to get into the proper academy to become a full fledged pilot. He made a promise to himself that he would one day fly a plane. When that day came, he also wanted to make good on another promise he made to the elderly residents of his village that he would take them to their very fist airplane ride. 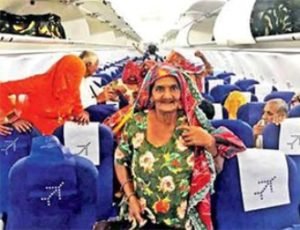 According to the Times of India, when Jayani was still in the village of Sarangpur, he made a promise to the elderly there that he would take them all on a flight when he became a pilot. It was a nice gesture, but no one at the time would have thought that he would keep his promise so many years later.

“Many people make promises to the elderly, but he kept his word,” said Bimla, a 90-year-old woman who said she had never even dreamt of such a thing. Aside from Bimla, there were also two 78-year-old passengers said the traveling in a plane was “the best movement of their lives.” A total of 22 people from the village were flown from the village to Amritsar to visit the Golden Temple, the Wagah Border, and the Jallianwala Bagh. 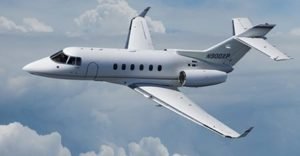 “He fulfilled his dream and that’s the most important thing for me. All youth should follow Vikas’ example and we should all respect our elders,” said Mahendra Jayani, the father of Vikas. He is a senior manager at a bank and he said that he is proud of Vikas and that he was always respectful of elders.