A photo of a former shelter dog that was recently adopted being very affectionate with her new owner has gone on to capture the hearts of thousands all over the world. 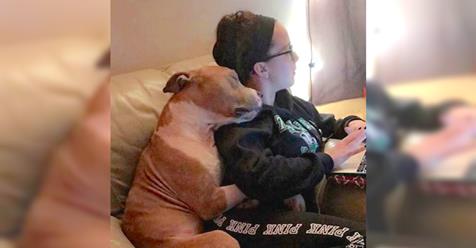 The photo, which was initially posted on Facebook, shows the young pit bull, Russ, sitting beside her new owner, Kayla Filoon, with one paw around her waist, and its head resting against her shoulder.

And THIS right here people is why you should adopt!!! My niece and her newly adopted ACCT Philly dog of less than 2…

Ms. Filoon, who is also Ms. Holt’s niece, is a university student who chose to adopt the young pit bull despite suffering from kennel cough, an eye infection, a bleeding tail and at the same time, was also underweight. 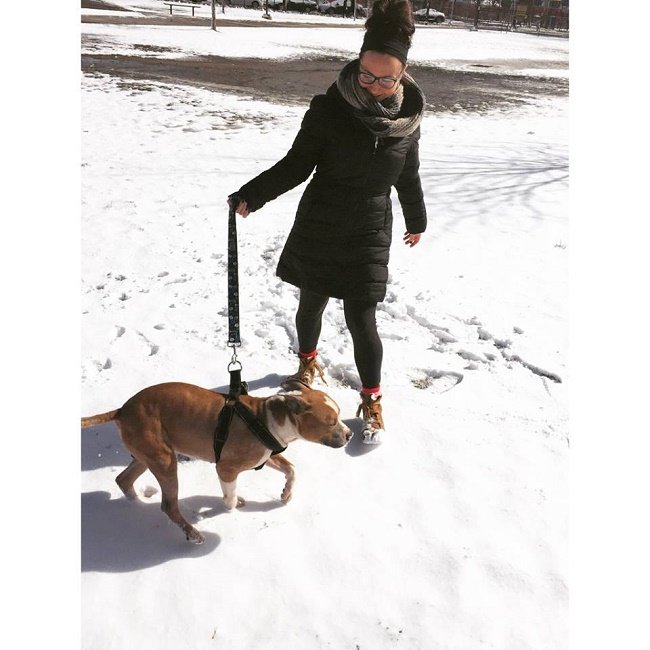 Despite having been adopted for no longer than two weeks, the two have become inseparable.