Phone Found Without a Scratch After falling from an Airplane

Sarvinder Naberhaus was with her best friend in a bi-plane flight over Iowa to visit their childhood homes. They booked the flight to see their hometown from a unique vantage point. While Naberhaus was taking in the sun and the sights, she took out her phone to take a few pictures. But the wind had caught it and the phone fell thousands of feet from the air to the ground below. 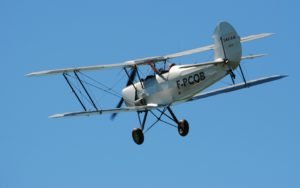 “I had my phone in my hand and I moved it just a little bit outside the windshield and then whoosh, the wind just took it and it was just gone after I was holding it, and I looked down and there were cornfields below me,” Naberhaus said. The pilot did not know that Naberhaus lost her phone but when he found out he said that she would never get the phone back.

“Her phone flew over the side while we were over downtown at about 1,000 feet and most people would think that was a tragedy but she was just laughing about it because she had such a good time on the flight,” said the pilot. 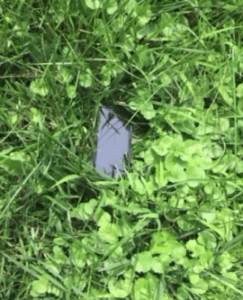 Dropping the phone didn’t discourage Naberhaus. She was determined to find her phone before leaving for Dallas the next day. The iPhone is actually equipped with an application called “Find my iPhone” which allows users to track their device using GPS technology. She used the app’s directions to get to the street a little bit east of where they had been flying. She tried calling it using a borrowed phone but could not find it immediately. After walking around for a few blocks, she suddenly heard her ringtone. She ran towards the sound and found her iPhone laying face-up in the tall grass without a single scratch on it.