In London, a pet parrot reportedly placed an order on an online shopping website by mimicking its owner’s voice. The parrot was able to place an order using a voice controlled smart speaker. The parrot, named Buddy, was able to place an £10 ($13.50) order for set of golden boxes in the website Amazon. This was done using the Alexa voice-controlled system. The parrot was owned by Corienne Pretorious, a South African national living in London. 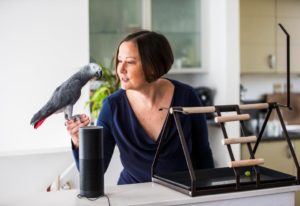 Pretorious was alerted by the order when she received an inquest in her house in southeast London. She first asked her husband and her son if they placed an order online, but when they said they didn’t, she eventually figured out that it was her parrot Buddy. She had always seen him interact with the speaker system, which is also able to recognize voice commands. 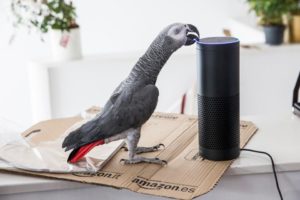 “I couldn’t believe it when I realized that Buddy had made an Amazon order,” said the South African Pretorious. “Buddy said ‘Alexa’ and some gibberish, and the machine replied, ‘What is it you want to order?” The Alexa speaker is made by Amazon and features an echo speaker that allows users to make voice commands. The speakers can be activated by saying the word “Alexa”.

“I laughed out loud because I knew then that it was Buddy. Buddy is hilarious. We have a cat and he mimics that, too. He is such an attention-seeker. He also swears in Afrikaans. When we go to bed, he says, ‘goodnight’,” said Pretorious.