People on the Internet are Obsessed with Russian Senator’s Hair

People all over the internet are starting to create a new trend of obsessing over a certain Russian Senator’s hair. The Russian politician is Senator Valentina Petrenko who represents the Republic of Khakassia. But more than her political status, the senator has an impressive hairstyle. Pictures of the senator and her amazing hair have since been shared and posted all over social media, where people have reacted amazingly. 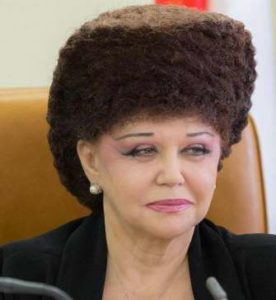 The 62-year old senator has had her hairstyle since coming into office and it hasn’t attracted much international attention until recently. Most people have reacted to the heft and volume of the hair, while others have speculated on the possible inspiration for her hairstyle. There hasn’t been anything like it, especially in the political scene, although most people have compared it to a 1970’s style afro. Some have said that the hairstyle looks like “a cross between a James Bond villain and a Star Trek character”. 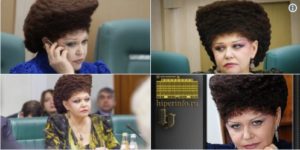 For her part, Petrenko has tried to minimize the attention on her hair. She has tried explaining it in the past and she even told news outlet Echo of Moscow that “I’m so tired of answering these questions. I just have curly hair. I lift it upwards with some hairpins, that is all.” Petrenko has been a member of the Federation Council since 2001. Aside from her impressive hair, she is also fluent in Polish, English, and Spanish, and of course, Russian. The senator was born in Kazakhtan, she is married, and has one daughter. She was also awarded the Order or Honor from the Russian Federation.