Passenger Gets Plane all To Herself After Booking Error

Earlier this week, a woman only known as Beth posted a selfie on social media of how she had managed to get an airplane all to herself. The photo was uploaded to the forum site Reddit with the caption: “I got a whole plane to myself when I was accidentally booked on a flight just meant for moving crew.” 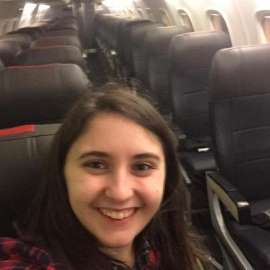 It seems that Beth was heading from Rochester, New York to Reagan International Airport in Washington, when her 5 pm flight was cancelled. That’s when a confused agent gave her and half of the plane’s passengers another plane schedule for the plane before another agent realized everyone could go on an earlier flight.

“They made an announcement on the speaker but I’d already left to go back to my parent’s house nearby to wait for the next few hours. I was never contacted about the flight change.” She didn’t realize that she would be all by herself until she made it back to the airport for the flight at 1 a.m. 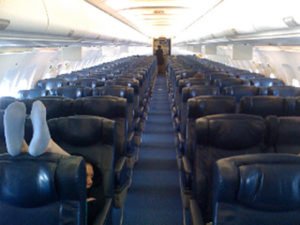 “I realized something was wrong when I was the only one in the waiting area 45 minutes before take off,” Beth said, “One of the airport agents came over while I was waiting and asked if that was the flight I was waiting for then said, ‘I knew this would happen.’” Apparently there were just three other people on the plane, two pilots and one cabin crew member.

The flight was only an hour long so she took the time to sleep and didn’t ask for anything. The plane was too small for first class but she had the entire cabin to herself. According to Beth, the crew wasn’t too happy about the flight but the airline forced them to continue with the flight because of the ticketing agent’s mistake.