Earlier this week, a hockey play for the Milwaukee Admirals, Pierre-Cedric Labrie, was desperate to get back home to Milwaukee after his game in Grand Rapids, Michigan. This was because he wanted to home to witness the birth of his child after he was informed that his wife was in labor. Luckily a player for the team he just played against was kind enough to lend him a helping hand. 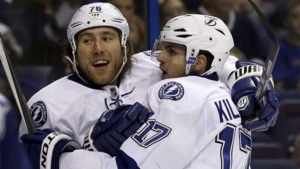 The first flight out of the city was still later in the morning to Chicago, where Pierre-Cedric Labrie would still have to drive for one and half hours to get to Milwaukee. He asked his teammate Mark Zengerle, who previously played in Grand Rapids, if he knew any options in the area that would allow him to make it home in time. That’s when Zengerle contacted the Goalie for the Grand Rapids Team, Tom McCollum. Luckily, MCollum was still up watching a movie. 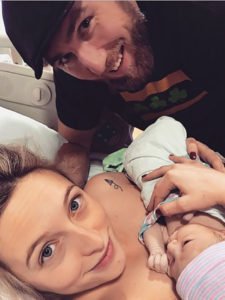 “It was kind of funny the way he said it,” McCollum said in an interview “He was like, ‘Hey, I’ve got a question; it’s totally cool if you say no,’ and just kind of explained the situation of what happened. I’ve never actually met PC, but I played against him a bunch when he was in Rockford. He’s one of those … you can just tell he’s an honest hockey player.” McCollum lent his Ford F-150 to Labrie so he could drive to Milwaukee in time. Labrie got to the hospital just in the nick of time at 6:15 am, because his son was born at 6:54 am.

“He offered to pay me for (using the truck),” McCollum said. “I just asked him to fill it up with gas, and he was nice enough he washed it for me before he gave it back. That’s all I need honestly.”