Earlier this week in Arkansas, a duck was found missing a foot shortly after it hatched. According to its owner, a turtle had apparently chewed off its foot. But thanks to some high school scientists, it may find a way to walk again. The three students were from the Armorel High School in north east Arkansas. The students used a 3D printer to create a new foot for the eight month Indian Runner duck.

Alicia Bell, the school’s lab director, said that it took around 30 tries before the students were able to create a leg for the duck, which was named Peg. The students were 14-15 year olds Matthew Cook, Darshan Patel, and Abby Simmons. When the prosthetic was made, it was outfitted to Peg, who was able to walk and waddle just a few minutes after having it attached to her. 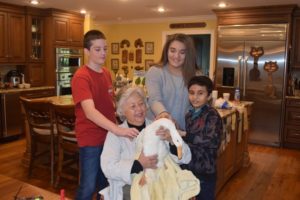 “The very first model, it was not very good, but that was what we were learning. And so from where it is now it is a completely different process,” said Bell. This isn’t the first time that a 3D printer was used to create prosthetics for an animal. Last month, a puppy was made a custom-made face mask.

“Not only is it heartwarming, but it is exciting.” said the duck’s owner, Patsy Smith, “I’m just so grateful that there are people that truly care, and they’ve gone out of their way to do everything they can to make it as comfortable for the duck.” The prosthetic leg was even painted to match the color of Peg’s good leg.