Alyssa Marie Hand and her husband Mckenna recently threw a birthday party for their son. It was his first birthday so they wanted it to be a special one. They decided that the party would have a great theme. But they couldn’t think of a theme, so instead they planned a “The Office” themed birthday party after their favorite show. They dressed up their son as Dwight Shrute, one of the funnier characters in the show played by Rainn Wilson. 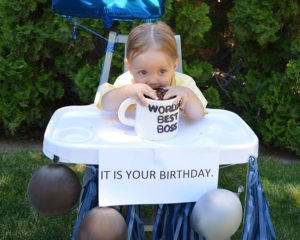 The Hands dressed up their son, Lakeston, as a beet farmer and a salesman at Dunder Mifflin Paper Company, the fictional office where the Emmy-winning show took place. Not only were they in costume, but almost everything about the party was themed to the show. The drinks and the snacks were tied to the show with the most memorable scenes or the most well known memes from the internet. They had Virgin Orange-vodka-juice, throw meatballs, Todd Packer’s laced cupcakes, big tuna sandwiches, and a Kit-Kat bar. 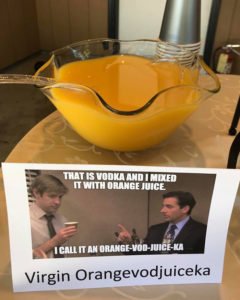 The TV show the office was an American sitcom show that ran from 2005 to 2013 with NBC. The show circles around the lives of the employees of Dunder Mifflin in Scranton, Pennsylvania. The show ran as a documentary and often had silly and ridiculous antics thrown by the employees led by Michael Scott, played by Steve Carell. The show also starred John Krasinski, Jenna Fischer, and Ed Helms. 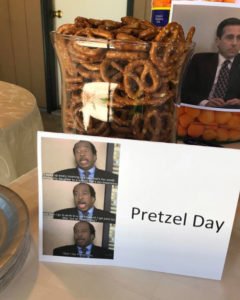 The Office was actually an adaptation from the critically acclaimed original series aired by BBC of the same name, and starring comedian Ricky Gervais.