New York is home to many famous jails, but none as infamous as Rikers Island. But the jail got an unusual guest earlier this week when a New York City correction officer reported that he discovered a rare snowy owl at the courtyard of the jail. The story was soon picked up by the New York Times and the story of the unusual jail bird went viral. 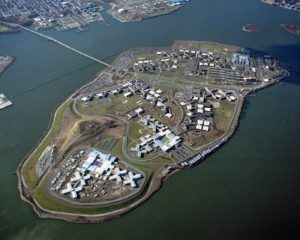 New York has been experiencing a recent heat wave and it was unclear how the bird, which can usually be found in the Arctic tundra, ended up in the courtyard. The Wild Bird Fund, a non-profit organization, had a theory that the bird might have been chasing prey into the courtyard and could not find a way out. The organization posted their theory on twitter, along with the story of the owl in the jail. 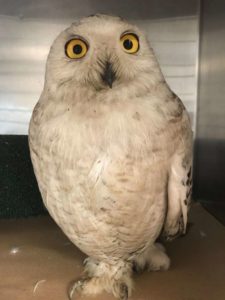 Snowy owls are considered to be one of the rarest and most beautiful birds in the wild. It is among the biggest and heaviest owls found in North America, weighing from three to six pounds. The bird can also grow to as tall as two feet and have a wingspan that could be as large as five feet. The birds are recognizable by their signature white plumage. They also have black barring with striking yellow eyes.

The organization Wild Bird Fund was able to capture the bird from the courtyard of the jail. The owl was named Lorax after the Dr. Seuss characters. The bird will soon be returned to the wild, as soon as it passes its health exam and they deem it healthy enough to survive in the wild.