It’s natural for children to leave their homes after a certain age. There is also nothing wrong with a grown man wanting to live with his parents. But this family in Central New York seems to have a opposing views on when a child should leave home. Michael Rotondo is 30 years old and lives with his parents. But now his parents want him out and they are trying to get the courts involved to get him out. 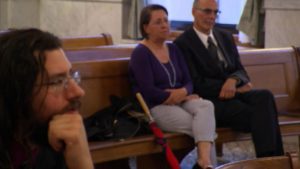 Michael’s parents Mark and Christina Rotondo have repeatedly asked him to move out of their house, but they claim that he refuses to do so. So now the couple is seeking legal action to evict their son. It all started when the Rotondos wrote their son a letter telling him to move out immediately. But after two weeks, their son still stayed. They gave him an additional 30 days to leave, but again he stayed. They have tried everything including providing him financial assistance to move out, but he still wouldn’t leave. 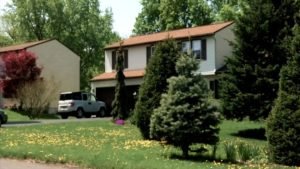 And so in April of this year, the couple went to town court for help in the eviction process. But they learned that they needed to go to a Supreme Court to remove a family member. And Michael isn’t leaving without a fight. He claims that he wasn’t expected to help with the household chores or expenses while living in their house. He also says that the eviction is retaliatory and they did not provide him with adequate notice.

According to a previous law, tenants must be given six months before evicted by their landlords. The family will be settling their differences in Supreme Court in the next few weeks.