Earlier this week, an Australian man that was desperate to find work has hit pay dirt. His roadside sign was posted on social media where it quickly went viral. The man was 53-year old Morten Jorgensen. He had been out of work for 2 years when he decided to take matters into his own hands and ask for a job in the streets. 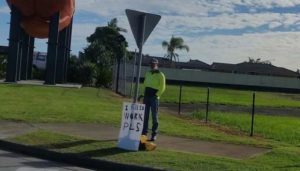 Jorgensen stood outside a household appliance store in Ballina, New South Wales and held out a sign that read “I need work pls”. He stood outside the store for several weeks from 6 am to around 10 am each day, hoping that someone would take notice and hire him. It finally paid off when he was offered work by a company called Northern Rivers Fencing. The owners of the company are Jannah Hardefelt and her fiancÃ©, Josh Bruen. They posted pictures of Mr. Jorgensen with a caption that praised him for his “perseverance and eagerness”. 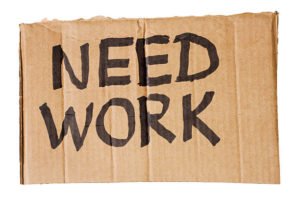 “Morten is a gun worker and he’s got a great attitude (obviously) and all our respect for his effort,” the owners wrote on social media. “This morning I drove past and thought about how I really respected this sort of perseverance and eagerness – It’s so Aussie. So I called our installer, Brad and asked him to go pick him up.”

The Northern Rivers Fencing Company’s official Facebook page posted the picture and the comments. So far, the post has had over 1,000 likes and hundreds of comments. Most of the comments have been praising Mr. Jorgensen and his tenacity to find work for himself.