Earlier this week, a painting was sold in auction for $432,000. It was sold at the Christie’s Prints and Multiples art auction in New York. But what sets this art piece apart was the fact that it was made entirely by AI or artificial intelligence. The painting is named “Portrait of Edmond Belamy” and it is officially the first artwork made entirely by an AI, and also the first that was put up for sale at a major art auction. The painting was expected to fetch somewhere between $7,000 and $10,000, so the final bid of $432,000 was quite a surprise. 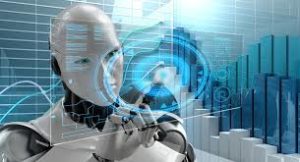 The painting was created with the help of an algorithm called GANs or Generative Adversarial Networks. It was devised by a Paris-based art collective called Obvious. The algorithm was fed to an AI containing a data set of 15,000 portraits made between the 14th and 20th centuries. A device called a Generator used the algorithm to understand the works of art and create one of its own. 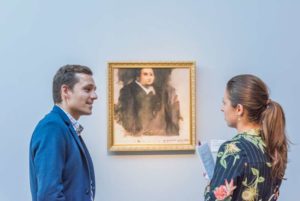 Another part of the system called the Discriminator was used to determine the difference between human-made art and the art created by the AI. This was done until the Discriminator could not differentiate between the AI art and human art. It was at this point that the art collective decided that the work was good enough to be placed for sale.

The “Portrait of Edmond Belamy” was a part of the series of art made by the AI. Obvious Art sells other portraits made by the AI for 10,000 Euros each piece. But the recent auction price may force the company to rethink the price point of their artworks.