Earlier this week, a library book was returned after being overdue for a long period of time. The book was due at a library in Kansas for 42 years. The book was actually an audiobook that was found in the Johnson County Library donation box last week. When it was discovered where it was rented out from, it was immediately sent back to its right place. 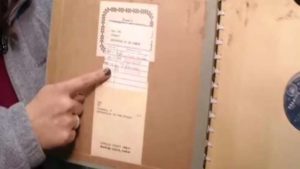 The audiobook was entitled “The Adventures of Tom Sawyer” by Mark Twain recorded on vinyl. It was used at a time when CD’s and even audio cassettes were the means of recording audio tracks for books. The book was so outdated, that the library where it came from no longer had a way of playing it. The vinyl record also had Braille on the back. It was an audiobook that was originally made for the blind by the Library of Congress. 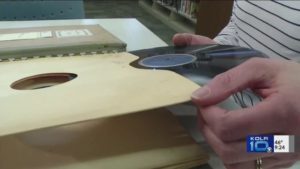 “We can see this person checked it out in March and renewed it in April of 1976,” said the current librarian Megan Bannen said. “You know, I don’t know how much we were charging for overdue books in 1976,” she added.

The book was made up of six vinyl records and it was first checked out in December 1975, not long after the library first opened. The library currently only charges a maximum late fee of $6 per overdue book, so there wouldn’t be a large late fee despite being overdue for nearly half a century.Â  The librarians are still figuring out what to do with the audiobook.