Earlier this week, a family decided to announce their pregnancy by creating a remix of the Bebe Rexha song “Meant to Be”. The family from Idaho has always been announcing their pregnancy in a unique way. They did it with their first and second child, and this was their preferred way to telling the world that they were expecting their third child. 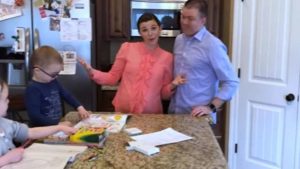 Nate Eaton and his Wife Erica made a remix video of the song by Bebe Rexha featuring Florida Georgia line. The video features the couple hilariously singing about the newest addition to their family and the adjustments that they will have to make, including buying baby things and clothes and pulling a third row of seats from their minivan. 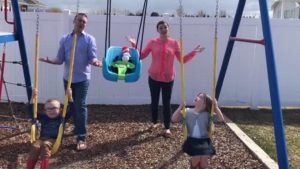 The video was posted on social media where it quickly went viral. The post has been liked and shared thousands of times, with the singer Bebe Rexha herself retweeting a clip of the hilarious video.Â  “OH MY GAWDDD,” wrote the singer on her post. It has since been shared and liked by her fans on social media.

The first time they were expecting in 2012, they produced a “breaking news report” to announce their pregnancy. They even got help from a local news reporter. Then seven months after their first born, they found out they were expecting again. They stuck to tradition and made another video. This time they sang a remix of “We are Never, Ever, Ever Getting Back Together,” by Taylor Swift, only their version was “We are Having, Having, Having Another Baby.”