Oreo cookies are a classic snack that almost everyone recognizes. They have that ageless look for dark brown cookies with a creamy white center that is enjoyed with a glass of milk by millions of people around the world. But lately the company has been trying to rebrand by creating new flavors and styles. According to Mondelez International, the parent company of Oreo, they have released new flavors, including a unique hot chicken wing oreo flavors. 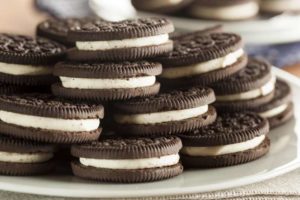 The company announced these flavors as the latest in “innovation sensation”. Along with the announcement, they also showed pictures of their new creations. The hot chicken wing oreo flavor has bright orange filling inside. Another flavor was also announced with the hot chicken wing variation, the wasabi oreos with a bright green filling. The company referred to the newest flavors as big and bold. They also seem to be going in the direction of spicy flavors with hot chicken wings and wasabi as their new products. 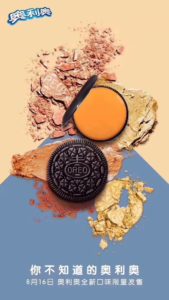 The new flavors have gotten a mixed reaction from the public. Twitter users have reacted to the new Oreos in droves. While there was some interest because of the novelty of the new flavors, a lot of people are skeptical about the taste of the new cookies. Historically, mixing sweet and savory flavors have not been a successful venture. And adding the spicy and hot flavors could be even more confusing for consumers. The new flavors are available only in China for a limited run and it is still unclear if the new flavors will be released in other countries.