Earlier this week, a woman named Marisol Villanueva shared a selfie on her social media page. She was showing off her outfit on her twitter account. But shortly after sharing the picture, the post went viral. This was because of an unintentional optical illusion that made her look like she had one leg, or two extremely thin legs. 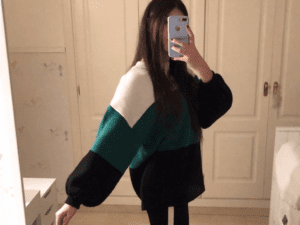 Villanueva, who is an 18-year old college student from Granada, Spain, just wanted to share her outfit to her friends and followers. She had no idea that the picture would go viral for an unintended optical illusion. The illusion was caused by her track pants which had a beige stripe going down one leg. The color was the same as the floor in the background, making it look like she had two very slim legs instead of one. 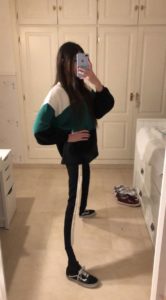 Because of this illusion the picture has drawn the attention of several people on the internet, with many doing a double take on the legs of this unassuming teenager. Villanueva has also said that the experience has been a funny and positive experience for her. She did add that one negative aspect is the body-shaming that some people have gone about making comments, but for the most part she just ignores them.

“I haven’t responded (to the body-shamers), I just want them to know that by making negative comments about someone else’s body they’re just making themselves look bad,” she said. “I thought we were over that kind of stuff.”