The ancient art of tattooing has been done all over the world. There have been several mummies and archaeological finds that suggests that tattooing could have been done thousands of years ago. But this latest find could have discovered the oldest tool kit ever discovered. A pair of researchers found a set of pointy ink-stained needles and buried in a Native American grave more than 3,600 years ago. 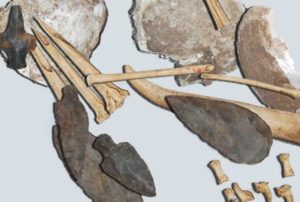 The grave was found near Nashville, Tennessee, at a riverside campsite known as the Fernvale site. It had been a site used by ancient hunter-gatherers for centuries. The site was excavated to build a bridge in the area, but it was only until recently that archaeologists are discovering the importance of the findings. The toolkit bad been placed in storage for the past 30 years and they are only being analyzed now.

“It was one of these situations where it went into a collection and nothing was done with it,” says Aaron Deter-Wolf, an archaeologist with the Tennessee Division of Archaeology. Deter-Wolf worked with Tanya Peres, a zooarchaeologist at Florida State University, to analyze the kit. They found traces of red and black pigment on the tip of the tools. The toolkit is thought to be at least 3600 years old and could be even as old as 5000 years. Either way, the tools predate the oldest toolkit found in 2016 on an island in the South Pacific. 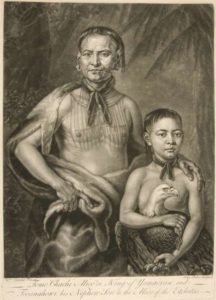 “By the arrival of the Europeans, virtually every Native American group in the Great Plains and the Eastern Woodlands practiced tattooing,” Deter-Wolf said. “If it’s something that widespread and that important, we suspect that it is very deeply rooted in Native American history.”