Aquarium Releases 14 Sea Turtles Back Into The Ocean

Earlier this week, biologists at the New England Aquarium released fourteen rescued turtles back into the Atlantic Ocean. The turtles were rescued after they were found stranded on the beaches of Cape Cod last year. These turtles were taken care of by the aquarium until they were strong enough to survive by themselves in the wild. 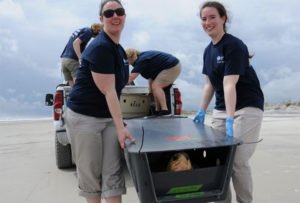 The turtles were discovered during the months of November and December and they were suffering from hypothermia after failing to migrate to the south for warmer waters. The turtles were collected and taken to the turtle hospital at the Aquarium in Quincy, Massachusetts. For the past few months, they were treated and rehabilitated in the aquarium.

Recently, the biologists at the aquarium determined that the sea turtles were strong enough to be released back to the ocean. But there was one problem; the water off the coast of Massachusetts was still too cold. So the team at the aquarium decided to take the turtles to a place with warmer waters. Some aquarium staff and a few volunteers took a road trip to Florida to release the turtles back into the ocean. 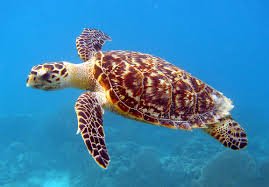 Turtles prefer temperatures in the 70 degree range. When the water gets colder with winter seasons, they will migrate south to warmer temperatures. It was not determined why this group of sea turtles was not able to migrate fast enough, although some have speculated that climate change and the sudden change at earlier months could have been the reason.