Grace Jones is officially the oldest person in Britain. She recently celebrated her 112th birthday. She also revealed that one of the secrets for her long like is a dram of whisky every day for the past 60 years. Jones, known to her friends as “Amazing Grace” officially got the record after the passing of Olive Evelyn Boar, from Felixstowe, Suffolk. Boar passed away in August at the age of 113. 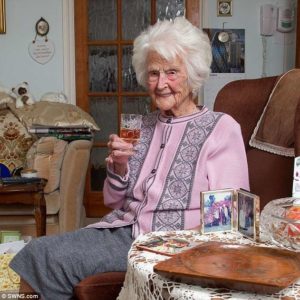 According to Mrs. Jones, one of the reasons why she has reached such an age is a nightcap of Famous Grouse single malt whisky every evening. She has been taking the drink at night for the last 62 years. Jones is from Liverpool and she was born on September 16, 1906, just five years after the death of Queen Victoria. She has now lived through 26 prime ministers and two World Wars. 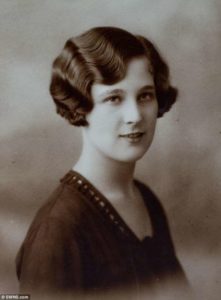 “Whisky is very good for you.” says Jones, “I started having a nightly tot of it when I turned 50 so I’ve been having it every night for the last 60 years and I certainly have no intention of stopping now. My doctor said ‘keep up with the whisky Grace, it’s good for your heart’.”

“I never miss my night cap. All I have is the whisky at night.” she added, “I still feel the same as I did when I was 60. The best memory of my life was when I married my husband Leonard. He was a true gentleman, the son of a parson. We were always together and we loved one another.”