A father and his credit card blunder recently went viral when his daughter shared his mistake on social media. When the dad received his newest credit card, he was shocked to find that his face was covering the entire front part of the card. It seems that he accidentally ordered a new card with a picture of his face as the design of the card. It was a funny incident that was shared by his daughter on social media. 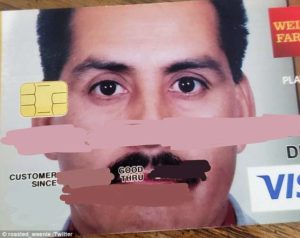 “So my dad got a new credit card and they asked him if he wanted a picture on it so he thought it was going to be a tiny picture of him like the previous card he had so he sent them a picture of him and then…HE PLAYED HIMSELF BRUH!” she wrote online. It seems that he assumed that his card would have a small 1×1 picture of him on the edge of the card so he submitted a picture of himself on the application. But the new card he received from Wells Fargo had a design that he was not expecting. 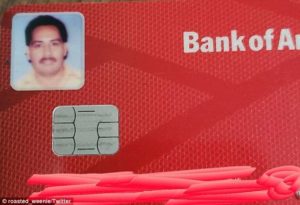 The reaction on social media has been priceless. The tweet has been shared and retweeted thousands of times (80,000). Thankfully, there were also a lot of Twitter users that shared their own mistake of adding a picture on their credit card only to have a full blown photo of themselves all over the front part. There were also a lot of users that pointed out that the dad now had an effective security measure should his card get lost or gets stolen.