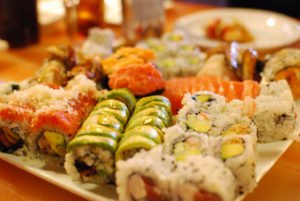 Bobrowski did claim that he paid the 15.9 Euro price (around $18 US) to dine at the Running Sushi restaurant in Landshut, Germany. Bobrowski was a tri-athlete competitor and he needed fuel for his body for his training. But after consuming more than 100 plates of sushi, Bobrowski was told that he was banned from returning to the restaurant by the owner when he went and paid his bill. 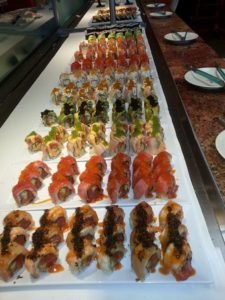 “He eats for five people,” Running Sushi’s owner explained to local newspapers “That is not normal.” Bobrowski is a former body builder that works as a software engineer during the day. He fasts for 20 hours and then eats until he is full. He knew he had eaten a lot at the restaurant, but he was shocked to find out that he was banned from the place.

Bobrowski said that he was a regular at the restaurant and the owner personally told him that his eating habits were very costly and he was no longer welcome to dine at their establishment. While it is rude and a little inconsiderate, establishments do have a right to refuse customers, especially if they are able to eat hundreds of plates of food in one sitting.