Man Shaves While On Moving Train

Earlier this week, a passenger at a train witnessed something that he had never seen during his commutes. He saw a man lather up and give himself a full shave while aboard the New Jersey Transit train, and all this while the train was moving. The man was giving himself a shave with a razor across his face and then he would fling the leftover shaving cream onto the floor of the commuter train. 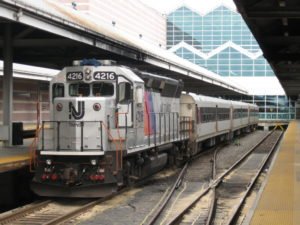 “I’ve been commuting for almost 20 years on this line and its right up there with the strangest things I’ve seen, for sure,” said Pete Bentivegna of New Jersey, who captured the entire scene on camera while riding on the Northeast Corridor Line. Bentivegna then posted the video on his social media page, where it quickly went viral. He added the caption: “Welcome to NJ TRANSIT!!!” on the video. 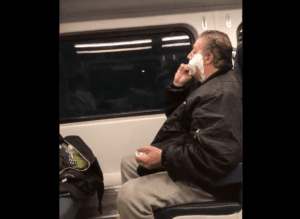 There have been a lot people reacting to what this man did on the train. Some people are impressed with the man’s skills to shave in a moving train without cutting himself. Others have been disgusted with the behavior, especially at the part where the man flings the shaving cream on the train floor. Authorities of the New Jersey Transit said that shaving aboard trains and buses are prohibited. A conductor can ask passengers to stop and they can notify the police if they see it happening.

It wasn’t clear if the shaving passenger was reported to the authorities. But Bentivegna said the man was very relaxed and even ordered himself a beer after his shave.