Ohio Man Calls Police After Being Followed by a Pig 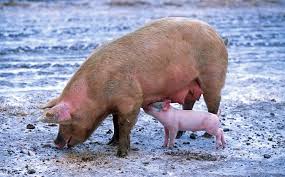 It was 5:30 am when the North Ridgeville police department received a call from a man who said that a pig was following while he was walking home from the Amtrak train station in Elyria, which is near Cleveland, Ohio. The caller said that he didn’t know what to do so he decided to call for help. At first, the police officers were skeptical of the story and they just assumed that the man was drunk and walking home from a night of drinking. 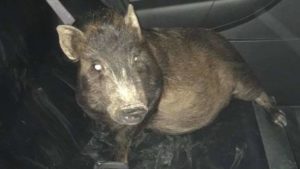 “Night shift responded to the obviously drunk guy walking home from the bar at 5:26 in the morning. He was at least drunk enough to call the police on himself while hallucinating,” the police department said. But not only was the man sober, there was an actual pig following him home. One of the officers arrived on the scene and was able to get the pig into the police cruiser. It was then taken to the dog kennel, where it would be kept for a few hours. By 9 am the same day, the pig was identified and returned to its owner.

“You’d have thought we would have learned our lesson after the kangaroo incident,” the police department said, referring to a 2015 incident when a “runaway kangaroo” was located in the same town. The story of the pig was shared on social media where it quickly went viral. The post has had 21,000 reactions, 11,000 shares, and more than 2,000 comments.