Last week, Marion County Sheriff’s Office k9 Deputy Jeremie Nix was on his way home after a shift at work when he was called by the side of the road by a motorist as he had stopped at a red light. The motorist was a mom who told the officer that her 3-month old baby was not responding and that she needed help. Deputy Nix didn’t hesitate and turned his patrol car around to assist with the medical emergency. 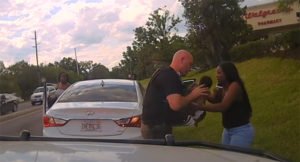 “The first words out of her mouth were, ‘Don’t let my baby die’,” Deputy Nix recalled at a press conference. Deputy Nix then performed life saving CPR to the child, but after seeing no results Nix decided to rush him to the nearest hospital, which was the Ocala Regional Medical Center. Thanks to Deputy Nix’s actions, the child was treated, and baby Kingston is expected to make a full recovery. 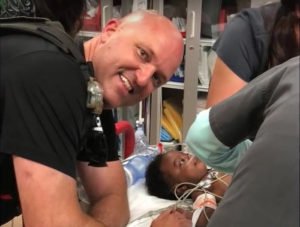 “We are so thrilled to tell you that Baby Kingston JUST left the hospital with his Mom and he is happy and healthy!! Thank you for all your prayers for Baby Kingston and his family!!” wrote the Marion County Sheriff’s Office on their official Facebook page. The mother of Kingston, Nechole Crowell, also thanked Deputy Nix for saving her son’s life.

“Let me just say that yesterday GOD showed me just how real he was,” Crowell said on Facebook. “My son KING was barely breathing, & fighting for his life. â€¦ My sister & I noticed an officer sitting at a red light & we got his attention. With his fast thinking HE & GOD saved my son. His word to me was ‘Don’t you worry, I will not leave until I help save your son! GOD had me in the right place because he knew you needed me’.”