Norwegian Billionaire Donates His Fortune To Save The Oceans

Kjell Inge RÃ¸kke started out as a humble Norwegian fisherman, but today, he is one of the riches people in the world. In the past week, he has announced that he will be giving away most of his money to help clean up the oceans of the world. Most of the money will go to building a ship that is designed to scoop and retract plastic pollution from the ocean’s waters. Plastic waste remains to be the greatest threat to the ocean life. 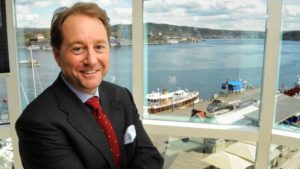 The ship that he plans to build is more of a yacht called the Research Expedition Vessel or REV. It will be built in association with the World Wildlife Fund, and it will be used to suck up at least 5 tons of plastic each day to be recycled. The REV will be the world’s largest yacht and can carry up to 60 scientists and a crew of 40. It will also have laboratories, an auditorium, an autonomous underwater vehicle port, a multi-functional cargo deck, two helipads, a hangar for remote operated marine vehicles, and all the latest high tech equipment for surveying the seas. The ship will be operational in 2020. 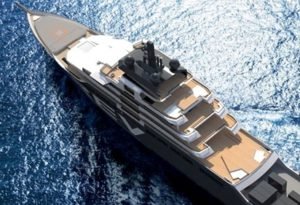 “I want to give back to society the bulk of what I’ve earned,” said RÃ¸kke, “This ship is a part of that.” Rokke gained his fortune through his company Aker ASA. Aker ASA is a holding company with runs offshore fishing operations, construction, and engineering. The company was established in 2004 and takes its name from a former Norweigian shipyard.