The Sesame Workshop has been in the forefront of children’s television for years. They are responsible for the popular TV series Sesame Street that many of us grew up with. But now, the workshop has broken new ground when they unveiled they newest muppet Zeerak. Zeerak is the newest muppet made for the show, and together with his sister, 6-year old Zari, they also became the first Afghan muppets. 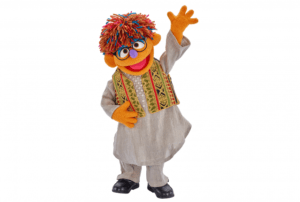 The Sesame Street franchise is not just an exclusive American TV show. It has productions all over the world and it is adaptedÂ for local children and their cultures. In Afghanistan, the show is called Baghch-e-Simsim, which roughly translated, means Sesame Garden. The show is in its sixth season. Last year, the show introduced Zarim as the first Afghan muppet, and now they have added a second muppet Zeerak to the cast. 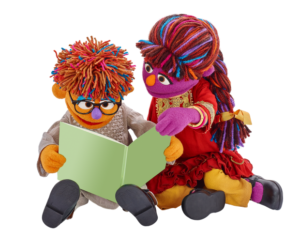 Zeerak’s name means smart and talented in Dari and Pashton. He is four years old and the younger brother of Zari. Like his sister, he has multicolored yarn hair but with orange skin, a purple nose, glasses, and an outfit that is appropriate to the country. Zeerak is the first male Afghan muppet on the show. The Baghch-e-Simsim show is the most watched TV program among children in Afghanistan. If you want to see Zeerak and you are not from Afghanistan, you can check him out in YouTube. Its hard to estimate the impact this has on children in the country, but it is important that these children are in touch with their heritage and their culture, even if they get it from a furry hand-controlled puppet.