In New Zealand, a property investor named Mark Dunajtshik agreed donate $50 million to build a children’s hospital in Wellington. The 80-year old Mark Dunajtschik had moved to New Zealand from Germany as a tool maker in the 1950’s. He ran a successful business n Engineering before retiring and focusing in real estate. The quiet businessman has been involved in several charity events, sharing his fortune to causes such as education, health, and sports. 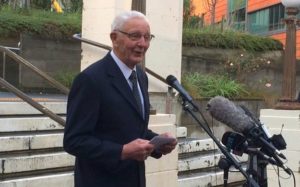 Despite giving back to the community for more than 40 years, this latest act of altruism has been the most significant to date. There are still no details on the new hospital that is going to be built, but it is expected to be over 7,000 square meters and contain rooms and beds for over 50 patients and areas for their families. The new hospital will be a children’s hospital and focus on treating and curing the youth of Wellington. His latest donation has made the headlines because of the amount he committed to the project but Dunajtshik has been involved in countless causes over the years, preferring to remain anonymous. 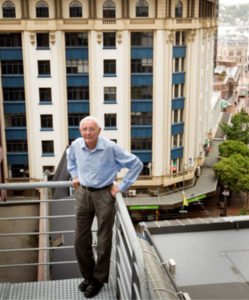 “We’ve been working on a long-term plan for child health services, which included a new children’s hospital,” said New Zealand Health Minister Jonathan Coleman, “But building wasn’t going to start for several years. Mr. Dunajtschik’s generosity means we’ll get the hospital much sooner.” Coleman said that Dunajtshik’s generosity was driven a his philosophy that people blessed with a sound mind and body can look after themselves, but those born with illness or suffering from disability need to be helped and supported.