The Verrazzano-Narrows bridge is one of the most iconic structures in New York. It was named after Giovanni da Verrazzano, one of the first explorers to sail into New York Harbor in 1524. The bridge connects Staten Island with Brooklyn, and it was opened in the 60’s as one of the world’s longest bridges at the time. The 693 foot-high bridge has towers that each weighing around 24,500 tons. 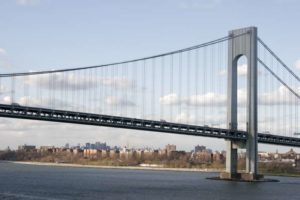 But what most people don’t know is that the name of the bridge is actually spelled wrong. The Verrazzano-Narrows bridge is spelled with one “Z” instead of the correct two. But now the city is trying to remedy the mistake that has stood for the past 50 years. It is not clear how the error started. But it is assumed that a typo in the original construction contract spelled it wrong. The mistake was compounded by how most of the signs and labels in the city spell the bridge with the same spelling mistake. 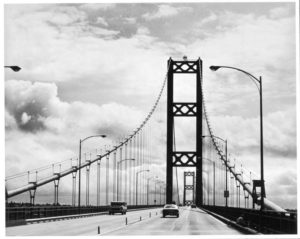 But earlier this week, New York governor Andrew Cuomo signed a bill that would fix the error. Not only would it be changed on the bridge, but also in several signs, labels, and state statutes all over the city. The correction will mean replacing 96 incorrect signs, but the changes will be no extra cost to the citizens of the city. The bill allows the Metropolitan Transportation Authority replace the signs “within such time and in such manner as they shall deem appropriate”.

“The Verrazzano Bridge is a vital transportation artery for millions of Staten Island and Brooklyn residents.” said Governor Cuomo, “We are correcting this decades-old misspelling out of respect to the legacy of the explorer and to New York’s heritage.”