The US National Spelling bee, also known as the Scripps National Spelling Bee, is one of the biggest competitions among kids of all ages in the country. They attract entries from schools and children from all over the world. Children from the ages of 5 to 15 compete in an international search for the best speller. The spelling competition has been held since 1925. The first spelling bee awarded just $500 to the winder, but since then, the grand champion prize has increased to $40,000 including many other cash prizes and honors. 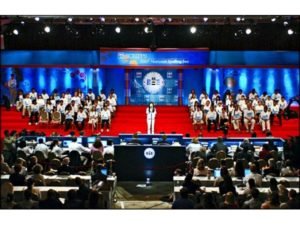 But even after close to 100 years of running a national tournament, they felt that they could still improve on the format. This week, the committee for the spelling bee announced that they will be making new rules that would prevent ties at the final round. This was announced after the championship round of the spelling bee ended in a tie for the past three years. Organizers have said that they would prefer to have a clear-cut champion, rather than co-champions. 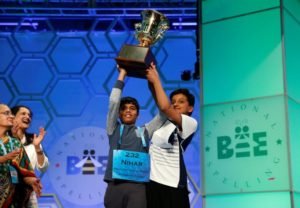 The new rules involve a written test on 12 words that they will have to write by hand. They will also have to go through 12 multiple-choice vocabulary questions. If there is still a tie after 25 rounds, then the officials will declare a winner from the highest tie-breaker score. If there is a tie on the tie-breakers that is the only time that they will declare co-champions again. Last year’s winners were Jairam Hathwar, a seventh grader from New York, and Nihar Janga, a fifth grader from Texas. They battled for 25 rounds before being declared co-champions.