To celebrate the 10th anniversary of the Fermi Gamma-ray Space telescope, NASA recently announced 21 new gamma-ray constellations. The National Aeronautics and Space Agency has been known to name discovered constellations and they have taken liberties with the latest batch. One name seems to stand out among the newly named constellations; that’s because one of them is named after the Incredible Hulk. 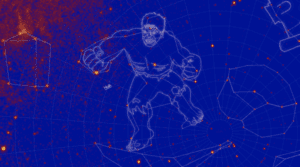 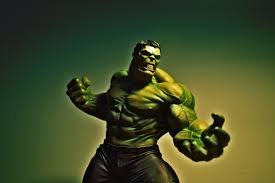 “Gamma rays are the strongest form of light,” explained NASA. “They pack enough punch to convert into matter under the right circumstances, a transformation both Banner and the Hulk would certainly appreciate.” This isn’t the first time that a pop culture reference was dropped by NASA. There is also a gamma-ray constellation named after the Tardis, from Doctor Who, and a constellation named after Mjolnir, Thor’s hammer.

The incredible Hulk is one of the more popular characters from the Marvel comic books. He has recently gained fame from the Avengers movies of the past few years (portrayed by Mark Ruffalo), but he has been popular long before that. He was also portrayed in film in two other movies (played by Ed Norton and Eric Bana) and he had a popular television series where he was portrayed by body builder Lou Ferrigno. The Hulk has been a character for Marvel since 1962.