Earlier this week, a man walked into a hot dog diner in North Carolina and had two glasses of water. He then left and paid his bill and left a very generous tip. Actually, saying his tip was generous is actually an understatement because he left a staggering $10,000 tip. The story of the tip and the generous stranger has since spread through social media where it quickly went viral. 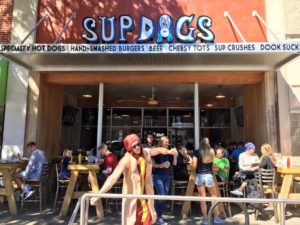 The generous man is actually a popular YouTuber named MrBeast. He is known in the streaming world to provide generous donations to other streamers and personalities. MrBeast himself is a streamer with almost nine million subscribers in YouTube. It was him that left a neat pile of dollar bills on his table at a Sup Dogs branch in Greenville, South Carolina. 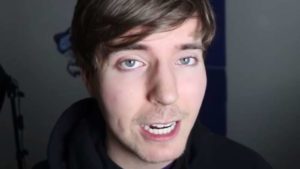 According to the staff, MrBeast only took a few sips of his drinks as he looked at the menu, then decided not to get anything to eat and just left the tip for the waitress to find. The owner of the restaurant, Bret Oliverio told a local TV station that the waitress kept most of the money and the rest would be split among all of the staff. He said it was a once in a lifetime moment.

“I’ve seen some really big tips, but not $10,000,” he said. “Good people are still doing good things these days so I thought it was pretty cool. This was out of the blue, once in a lifetime – it’ll never happen again in my lifetime.”