In Sweden, a mother recently changed her son’s name after realizing that her tattoo spelled his name wrong. Johanna Giselhall Sandstrom recently went into a tattoo parlor and asked to have the names of her two children tattooed on her arm. But it was only after Sandstrom returned home that she realized that her son’s name Kevin was spelled as “Kelvin”. This was despite the fact that she was given a chance to review the design before she got inked. 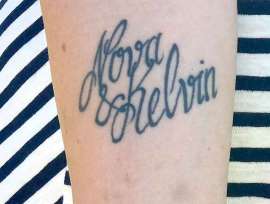 “I said I wanted the names of my children tattooed on me and I gave the artist their names,” she explained, “The artist drew the design and didn’t ask anything about the spelling so I didn’t give it any more thought.” Sandstrom broke down in tears when she realized her mistake. She thought she was going to faint. She returned to the tattoo parlor, but the artists said that there was nothing he could do about it beyond giving her a refund. After talking about it with her husband, Sandstrom ultimately decided to just change their son’s name instead. 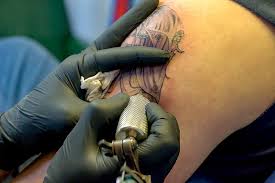 “I had never heard the name ‘Kelvin’ before,” she said. “There isn’t anyone who names their kid Kelvin. So when I thought more about it, I realized that no one else has this name. It became unique. Now we think it is better than Kevin.” Sandstrom and her husband decided this because their son was only 2-years old at the time. She plans to get another tattoo for her third child Freja, but she promises to check “10,000 times” before she decides to get the design.