Mother Gets Pregnant with What She Thinks Is Twins, but Doctor Has Other News

Most couples have the end goal of having a family once they get married. For Lauren and David Perkins, that goal was slowly becoming unattainable. They were becoming hopeless until they went on a trip with some friends. 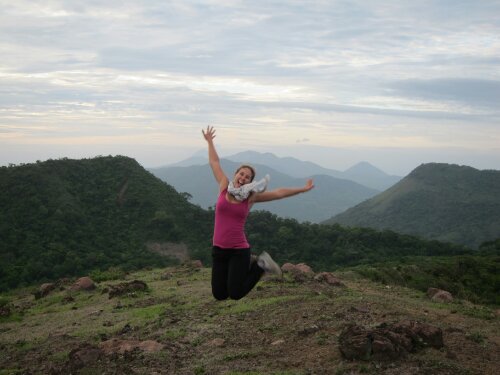 Lauren and David were beginning to look into fertility treatments. They decided before really committing to this, they would take a trip along with their friends to Nicaragua. They wanted to relieve some of the stress of trying to conceive as well as get some relaxation time before they began the journey to parenthood through IVF. That was when a close friend told the couple something very odd… 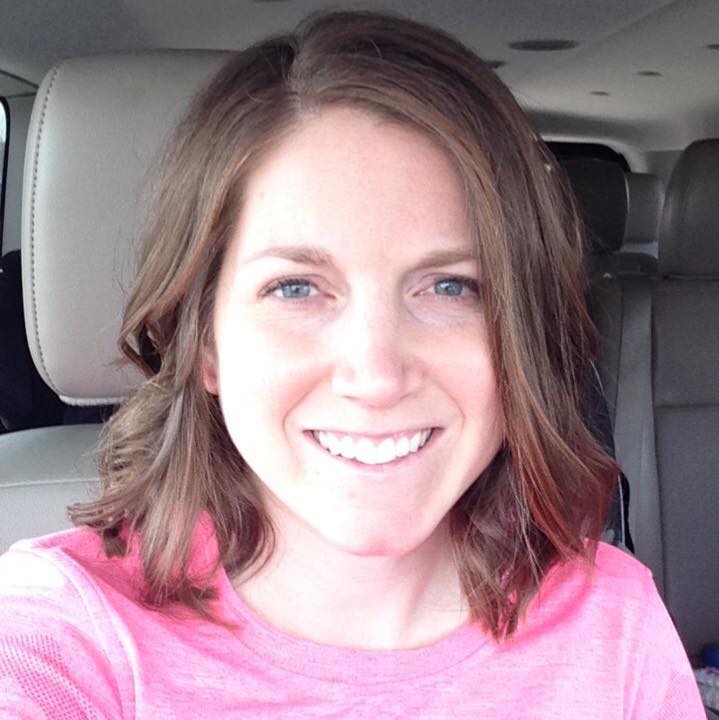 As they were traveling and hanging out with their friends when they began to relay some of their worries about conception. The friends heard them out, but then things got interesting when their one friend, who was a priest, had something profound to say. “Someone up there has big plans for you. I don’t know what, but it will be big,” he told them. Lauren remembered that she was confused but comforted by her friend’s words. It would become much more obvious as time went on…

Time To Get Started

The couple returned to their hometown in Texas after their relaxing and eye-opening trip. They began to really get into the nitty-gritty of fertility treatments and were discussing what their options were. Her priest friends words had stuck with her, but she didn’t think too much about it. She didn’t want to get worked up overthinking, so she put her energy into their conception plans. They agreed that artificial insemination would work best, but Lauren was still anxious that it wouldn’t work… 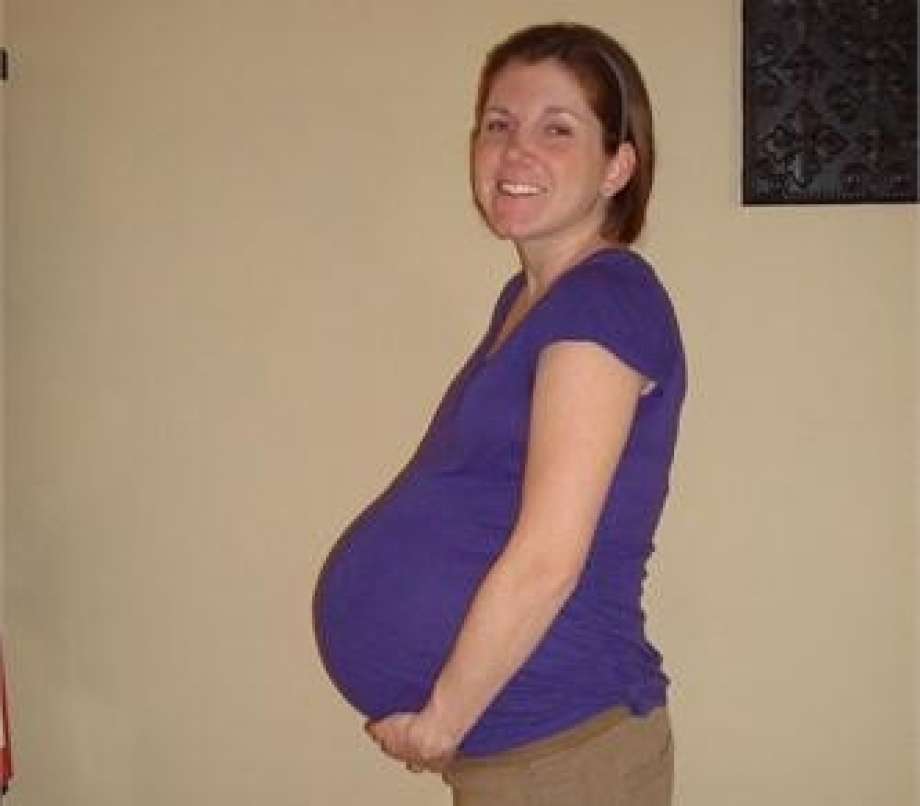 After just one treatment, it was deemed successful! Lauren found out that she was pregnant and she was ecstatic. At her first appointment, her doctor told her that her HCG levels were very high which usually indicate multiples. Lauren and David were absolutely prepared and excited for twins as this type of conception usually resulted in such. However, that was not the case… 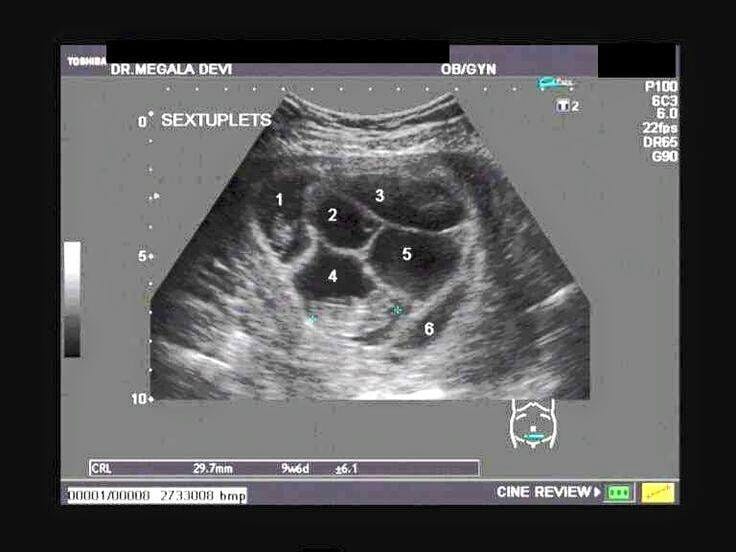 The ultrasound came back and the doctor was left speechless. He was able to say the incredible words, “I count five in there.” Lauren and David now were the ones who were speechless! Then, after a minute of stunned silence, the doctor said, “Wait a minuteâ€¦ I just found a sixth baby.”

How Were They Supposed To Do This? 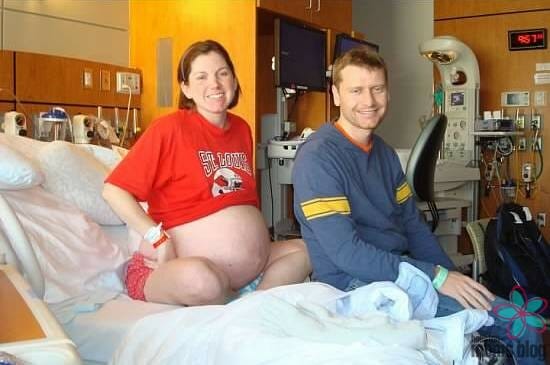 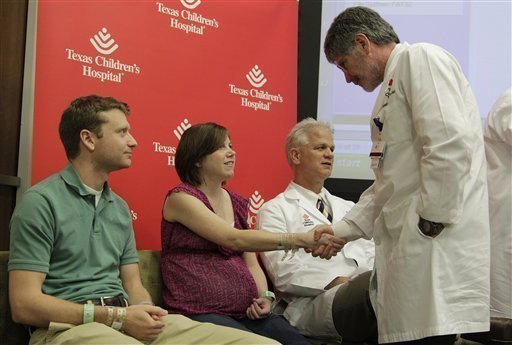 Obviously, the two had time to think about it. They knew that it was a tough call and could potentially be a heartbreaking decision. The doctors promised them that they would do everything that they could to make this a healthy pregnancy, but it was going to be hard. Birth complications could be unavoidable. Lauren and David were not prepared for this decision…

The couple decided to go forth with the full pregnancy. They had the confidence in their doctors to make this a successful pregnancy. On April 23rd, 2012, the babies were ready to come. She was only 30 weeks along, which made this an extremely early labor. Add that with the six babies and this was already panning out to be a highly risky delivery. The hospital had 35 doctorsÂ  and nurses on staff for this delivery.“I was nervous and excited all at once. It was starting to sink in that this was for realâ€”I was going to have 6 babies,” Lauren said, recalling that fateful day. 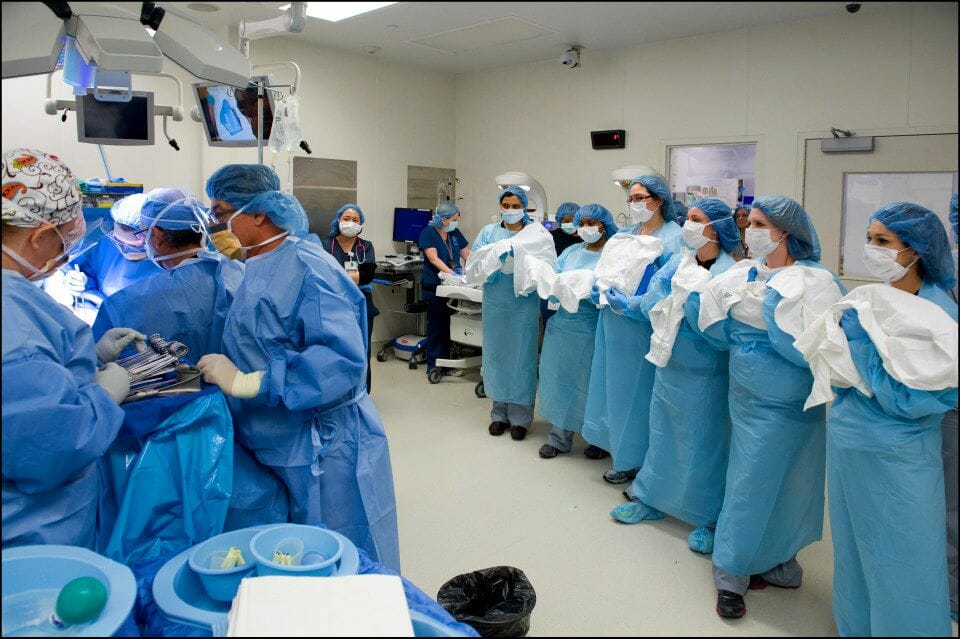 The doctors were able to deliver all six babies within four minutes. They knew that they needed to make it as quick as possible because once Mom started to get stressed during the labor, the success rate of the delivery goes down. Luckily, the incredible staff was able to completely nail this delivery. Andrew, Allison, Benjamin, Caroline, Leah, and Levi were all born without complication and weighed in at one to two pounds each. Lauren was able to see each baby as they came out before they were headed to the NICU. Then, problems began to arise… 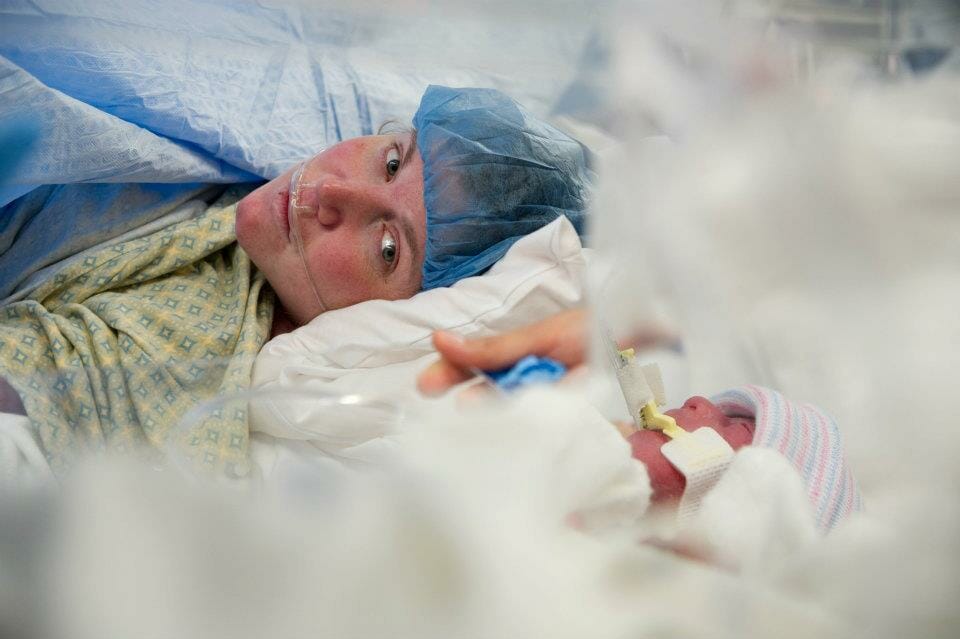 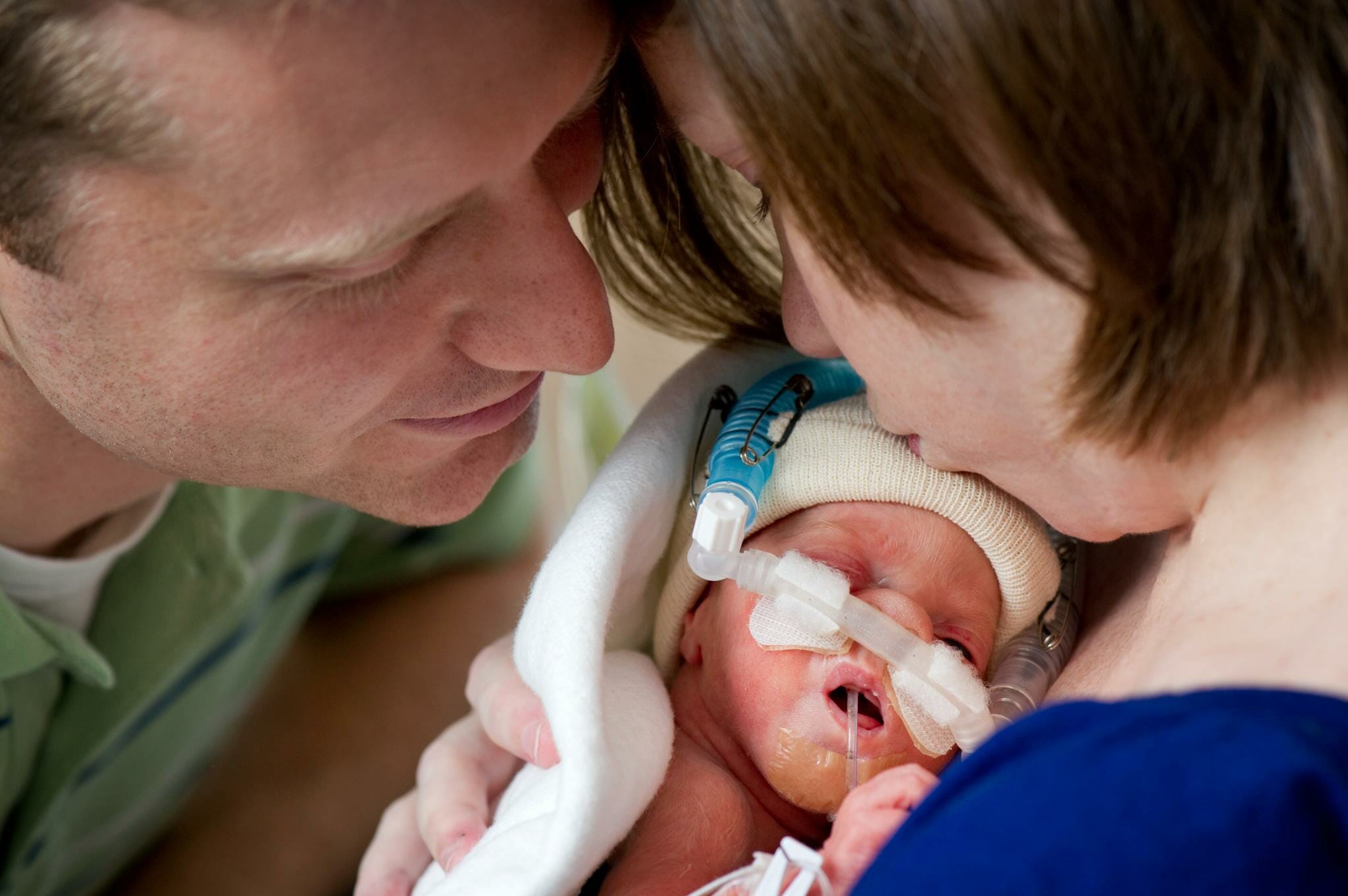 Things got real for Lauren when she was able to hold Allison. “That moment, when I got to hold my baby, was when I became a mother… of sextuplets.” The babies were ten weeks premature. They were at a high risk of health issues and disabilities. Lauren was overwhelmed but was getting herself ready for this life that she now has. 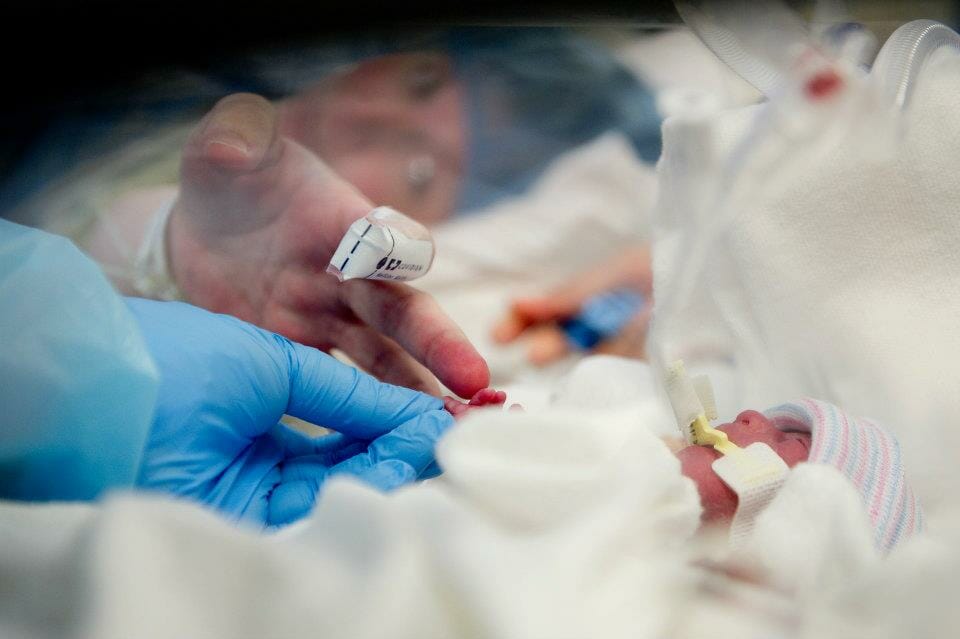 After many weeks in the NICU, Lauren and David were finally able to say that they have held all of their babies. Then, once they were healthy enough, they were able to go home! Unfortunately, only five of six babies were allowed to go home. Leah, who was the smallest, needed to stay in the hospital as she was having some health concerns due to where she was in the womb… 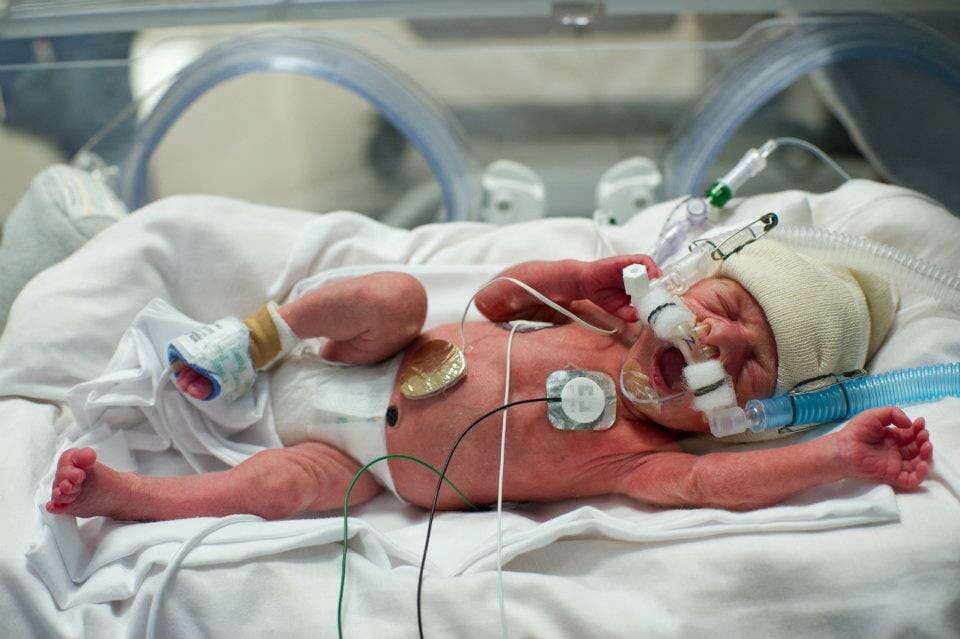 Leah was the smallest due to her time spent in utero. “She was literally buried under everybody else in the womb, so she didn’t get the right nutritional flow. Her brain was not fully developed,” Lauren recalled. They were getting worried about her survival out of the hospital. 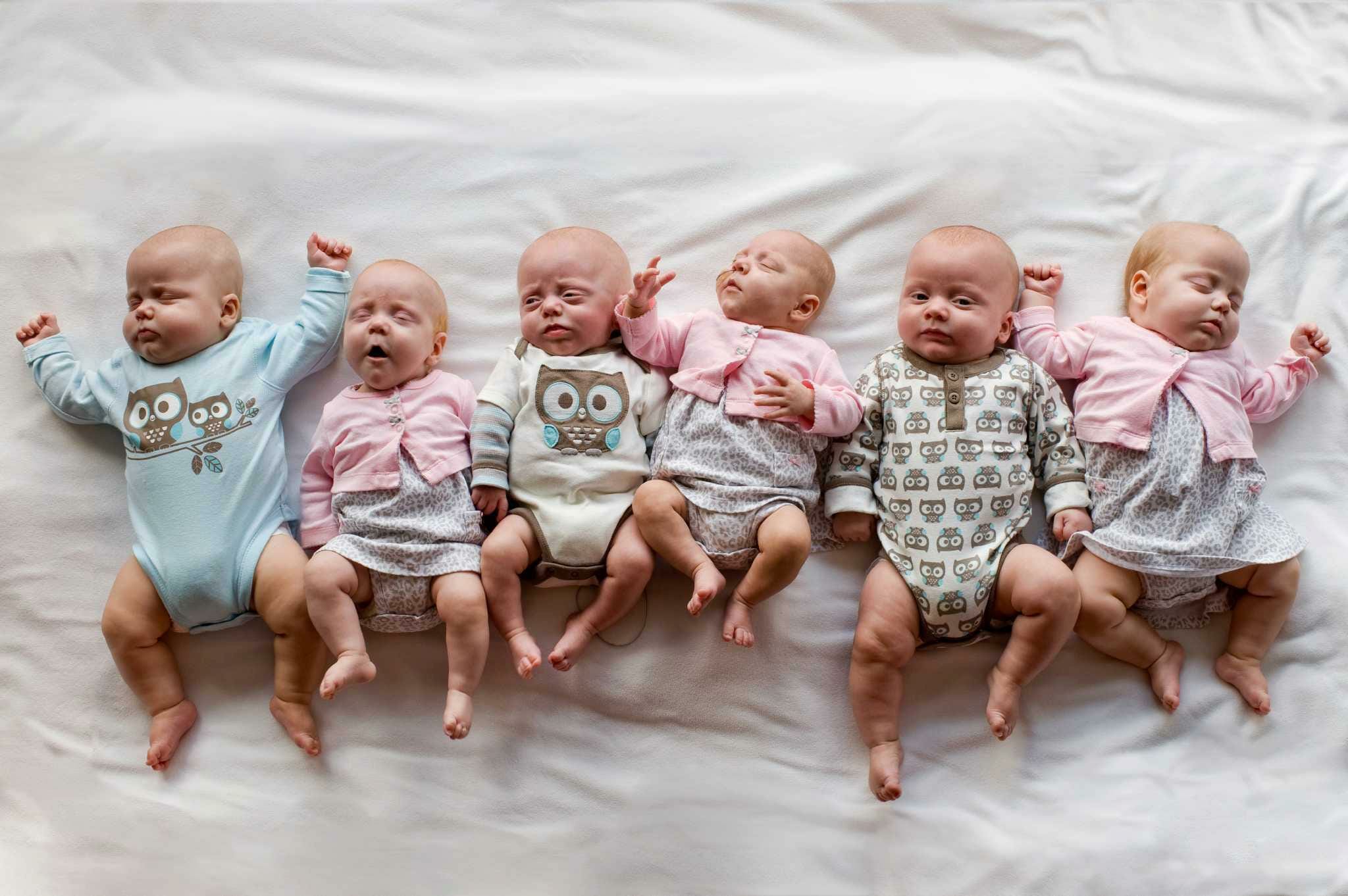 Although their family was not yet complete, the family was met with celebration as they were able to bring home some of the babies. They were gifted care packages as well as helping hands as they adjusted to their new life. Some days were extremely hard and beat the couple down a lot, but they knew it was all going to be worth it. Now, they were just waiting for their last baby to come home… 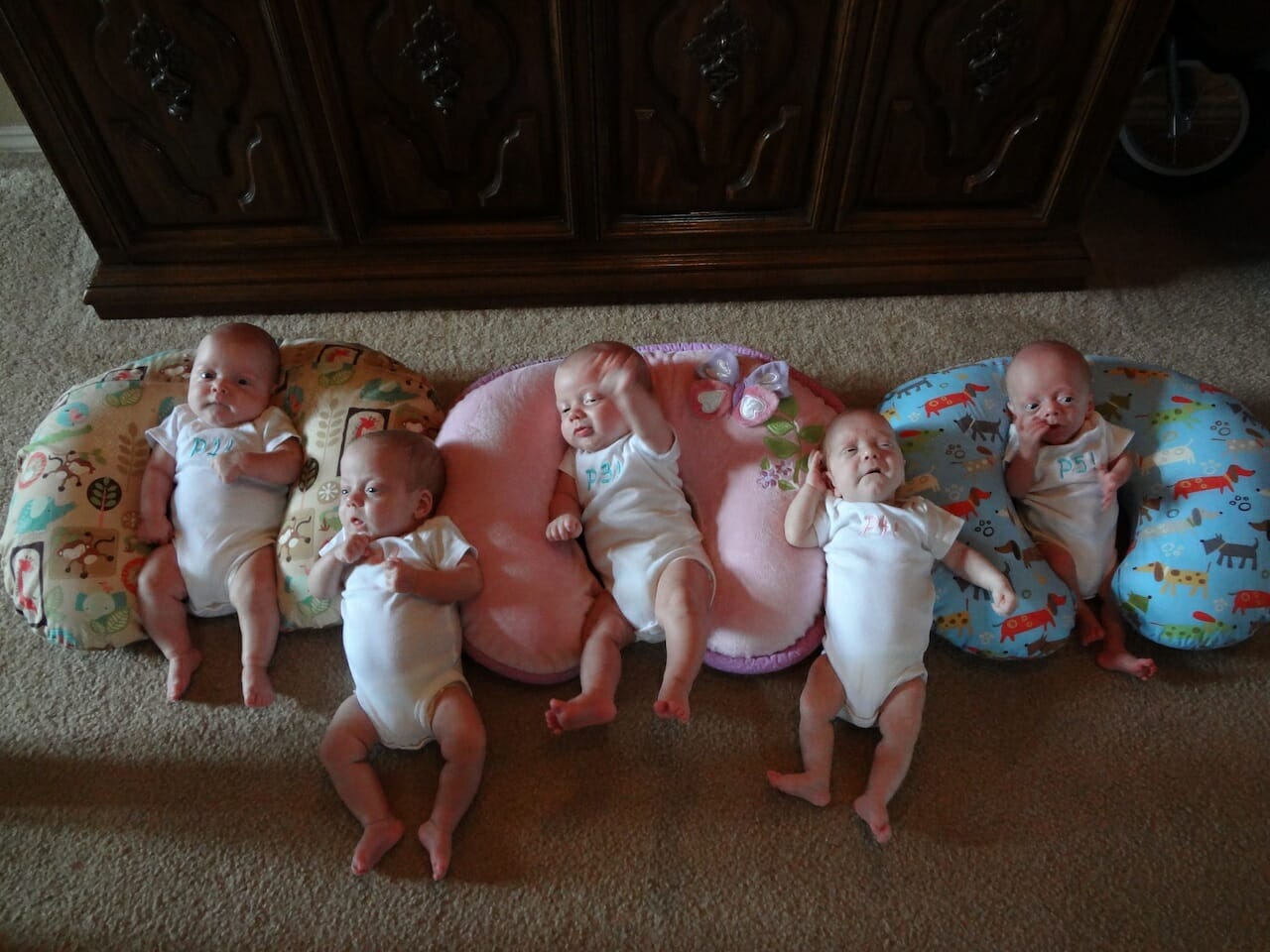 “My doctor was the best and I’m forever grateful to him for the level of care I received,” Lauren says. “Also, the NICU staff who put in hours upon hours getting our children ready to come home and teaching us the ins and outs of preemie care. Â So many of these people have a special place in our hearts and family.” 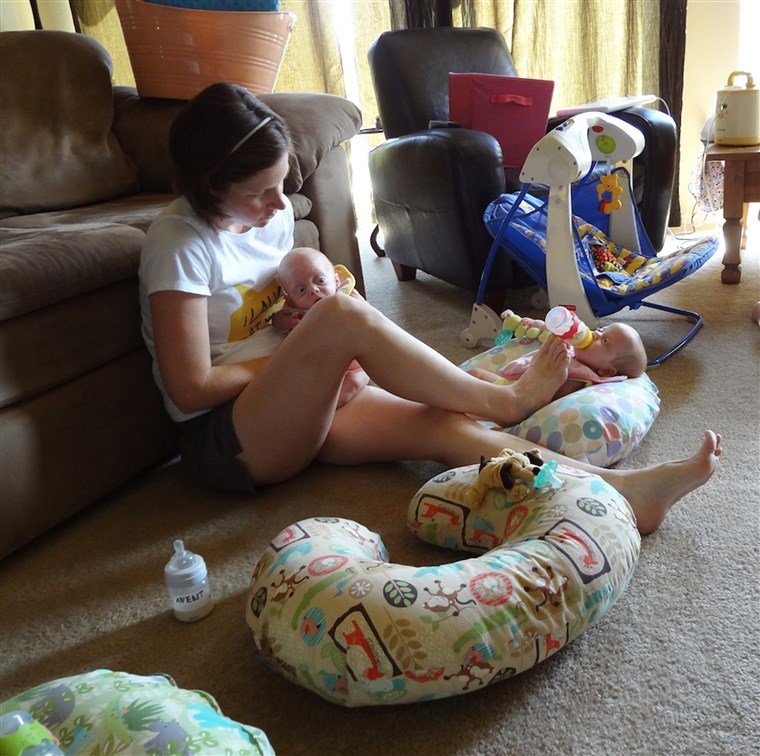 Once their last baby was able to come home, they were truly beginning their new hectic lives. “I call it semi-controlled chaos,” Lauren said. They were trying their best to get acclimated to their new crazy life. David was having a harder timeâ€¦

“We had to get very scheduled and very structured and organized, especially in the first year,” he said. They did their best to adjust, but things began to wear the new parents down. Having to change six diapers, feed six mouths, clothe six bodies, and quiet six weeping babies was a hard reality. What they look like now will shock you… 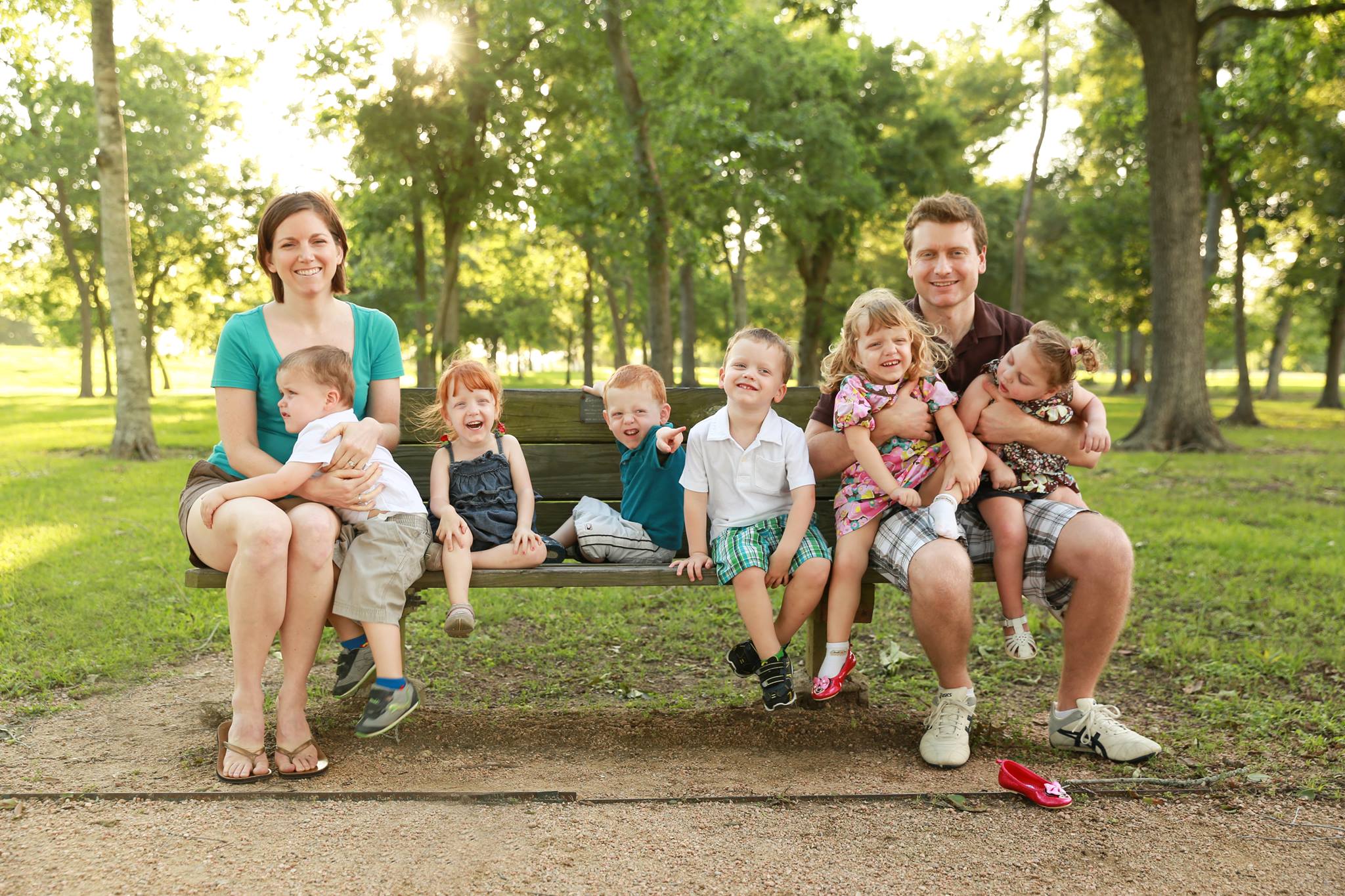 The sextuplets just celebrated their sixth birthday! They are all growing up with ease and doing amazing. The lovely parents are still tackling new challenges each and every day. Now, they are blogging about their experiences… 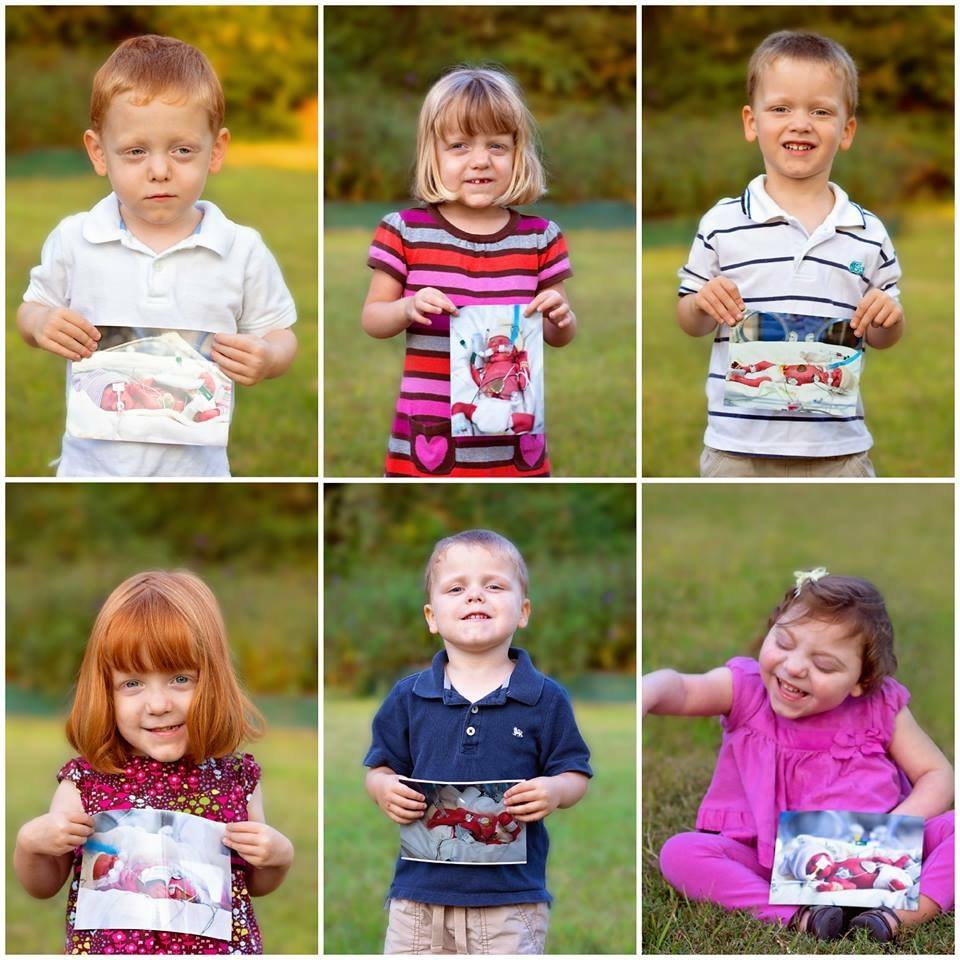 Raising sextuplets is beyond what the average parents deal with. Their one daughter, Leah, also has disabilities means that she will be cared for by her parents for the rest of their lives. Her brain did not fully develop in the womb due to her poor positioning. Lauren says, “She goes to general school for children with disabilities. But she always gives 100 percent and laughs all the time. She is our sunshine!” Lauren says. Their family unit may be very different, but that doesn’t mean they still aren’t your average happy-go-lucky and outgoing family unit! 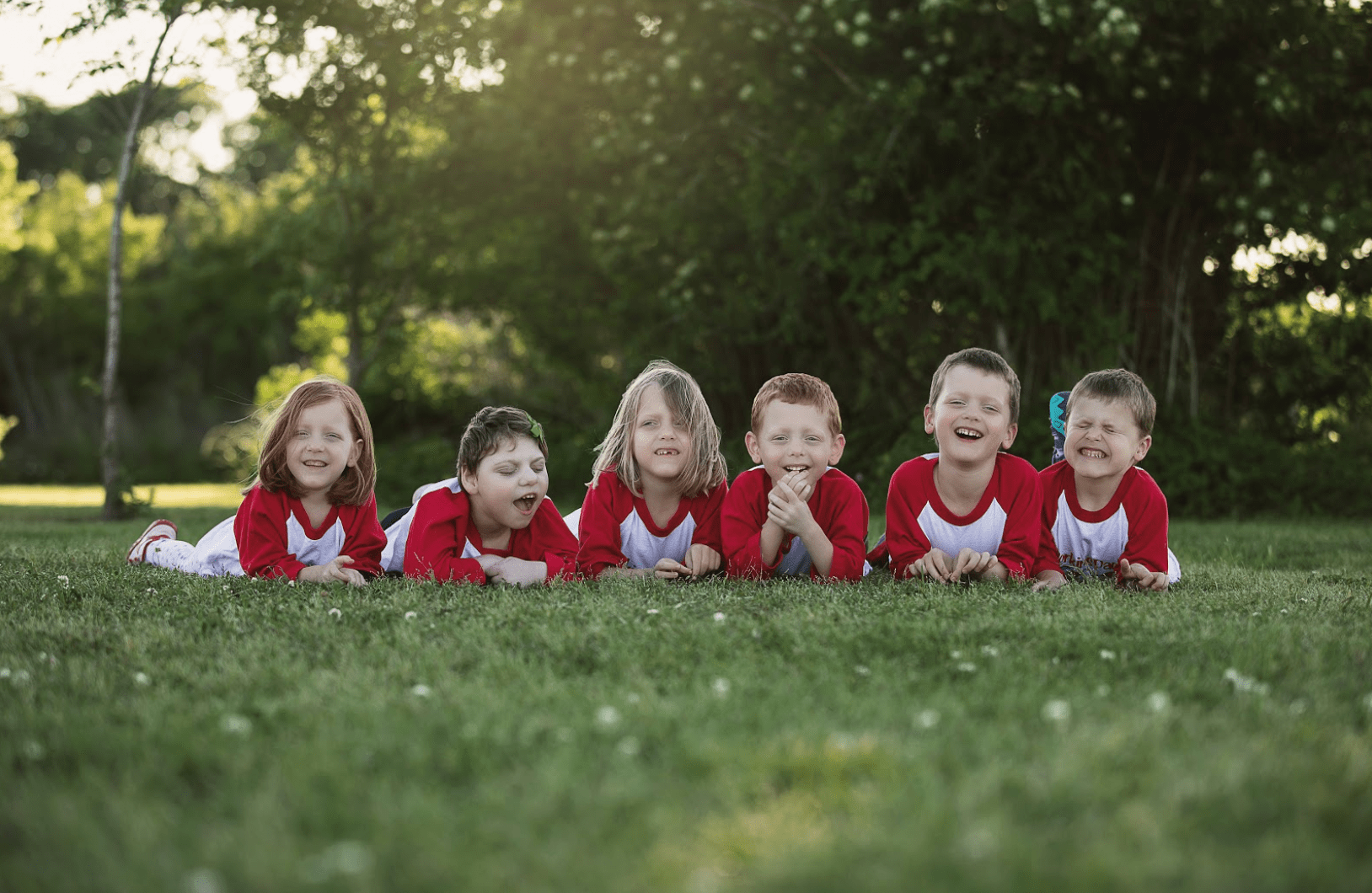 The couple agrees that vacations are not relaxing and can be hectic, but they relish in their family time with their adorable kids. 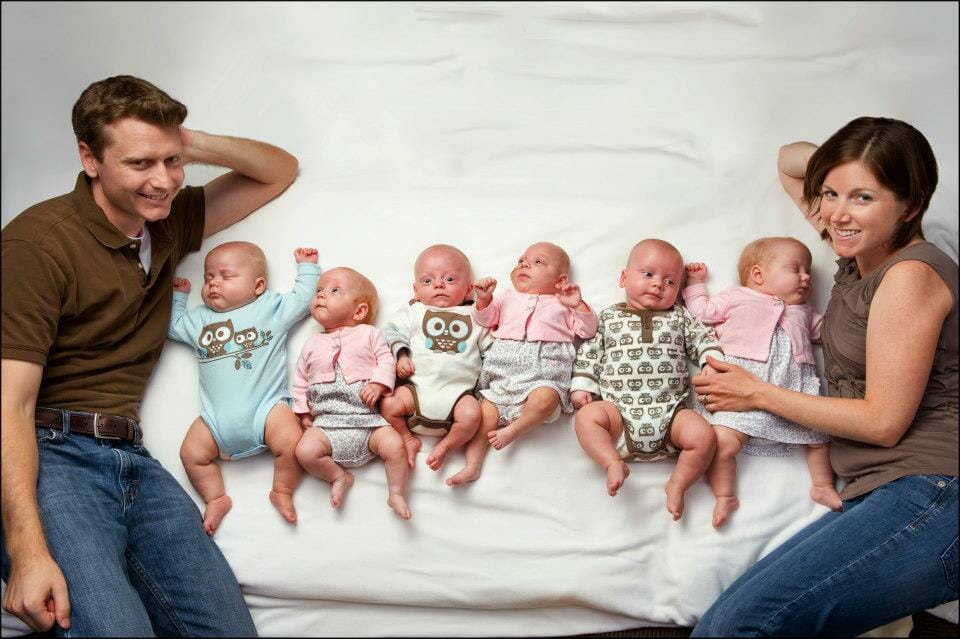 They continue to share their family stories as life with a disabled daughter and six kids who are six years old! Things are never boring with these hilarious and fun-loving kids. If you want to see more of the Perkins pack, check out Lauren’s blog: http://perkins6pack.blogspot.com/.