In Iowa, Dawn Gettler gave birth to her daughter, Claire during the solar eclipse on August 21, at the Iowa City Hospital. But what is even more amazing is that Gettler was also born during the eclipse that occurred during the 1979 eclipse. The odds of that happening are more than one in a million. Gettler says that this special similarity will bond her with her daughter forever. 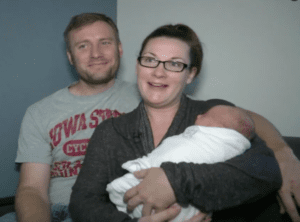 Dawn Gettler from South Amana was born during the solar eclipsed that occurred in February 26, 1979. Â It was something that didn’t really have an impact on her until the 38-year old mother realized that she would be giving birth to her child during another solar eclipse. Gettler was actually due to give birth on Friday the previous week, but when the baby didn’t arrive, her doctors decided to induce labor. 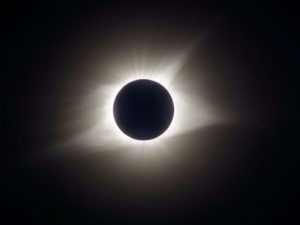 “I thought it was pretty cool,” Gettler told the local media. “I thought it was a little ironic, because they don’t happen very often. I was born on an eclipse day and now she was born on an eclipse day.” Gettler actually hadn’t realized that she was also born during an eclipse until she was told just a few weeks ago. Gettler, and her husband Jonathan, are already planning to take their daughter Claire to see the next eclipse, which will occur in April 2024. The phenomenon known as a solar eclipse occurs when moon passes between the earth and the sun. This year’s eclipse was a total eclipse, meaning the entire shape of the moon could be seen blocking the entire sun.