In Denmark, archaeologists have discovered a thousand year old Viking fortress. The circular structure was found in in the western part of Denmark. The large circular fortress is just the 5th Viking caste to be discovered in the country since the early 1930’s. Tests have also shown that the 10th Century fortress was built by King Harald Bluetooth Gormsson. 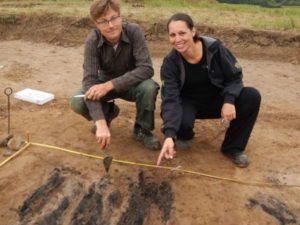 The large fortress cannot be seen above ground, but archaeologists are using high resolution LiDAR mapping to reveal details of the ruins. They are also using cutting edge technology and techniques including geophysical surveys and small scale excavations to reveal more details about the ancient structure. The research so far has revealed that the structure is the first monument of this style to be discovered in Denmark in more than 600 years.

The team of archaeologists has been using carbon dating to discover the age of the monument. They are also testing two samples of two pieces of wood from the fortress near Koge. This latest discovery could provide essential details and help with learning about how Viking lived in ancient times and how their society functioned during the peak of their civilization. 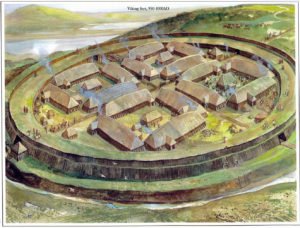 “It’s really been a discovery that’s put Danish cultural heritage on the world map. Three of the other Viking ring fortresses are included in the ‘Viking Age Sites in Northern Europe’ tentative list for inclusion in UNESCO’s World Heritage Site list.” says Torben Dehn, a special consultant at the Danish Agency for Culture. “The continuing research will show whether ‘Borgring’ will also be included on the list.”