When Kellye Pummill had lost her own daughter Marissa, she felt like she would never see her again. But she still felt that she was able to accompany her down the aisle at a wedding. That’s because one of Marissa’s organs was received by Troy Westover, who was about to walk his very own daughter Kiasa VanCleave, down the aisle in marriage. Westover had invited Pummill to the wedding as gratitude and also to have her part of his special day. And so earlier this month, Pummill accompanied Westover as he walked down the aisle with her daughter. 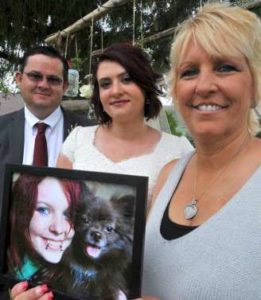 Pummill said that the moment was bittersweet, but she appreciated the sentiment. Westover was diagnosed with kidney failure three years ago and doctors told him he only had a few weeks to live if he did not receive a donor. Marissa Pummill tragically took her life two weeks later and her organs were donated to Westover and five other individuals on the donor’s list. 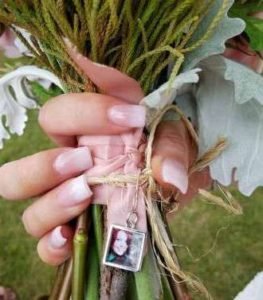 “When he got his transplant, the doctors told us it was from a 21-year-old female. It wasn’t until we got a card from Kellye two months after transplant that we found out more about Marissa,” said Karen Westover, “A year after that we found each other and started having contact with one another.” The Westover family welcomed Pummil as part of the family and made her feel at home. VanCleave also made sure that Marissa’s memory was honored on her wedding day. She had charm with a picture of Marissa, which she gave to Pummill after the wedding.