Australian Man Checks in Can of Beer for Luggage

In Australia, a passenger named Dean Stinson made the strangest check in item when he handed a can of beer to be check in baggage line. Stinson was traveling from Melbourne to Perth and his only piece of check-in was the can of beer. Even though it was a domestic flight, there are restrictions on what you can carry on a plane. Surprisingly, the can of beer made it safely to Perth thanks to the baggage handlers of Qantas Airlines. 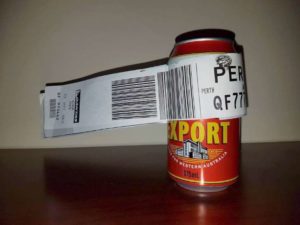 It seems that the ground crew at the Melbourne airport was amused when they were handed the can of Emu Export Lager to be checked it. Just like any other piece of luggage, the can was tagged and made its way through the conveyor belt to the plane. From there it survived the 4-hour flight in the luggage hold of the Qantas plane. When it arrived, it was taken along with the rest of the luggage to the arrival department, where it was placed once again at the conveyor belt of the Perth airport. 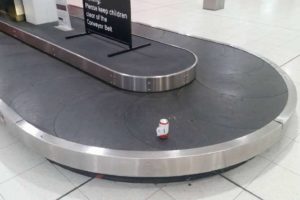 “I thought it was bloody great!” Stinson said later on, “And it was in perfect condition.” Stinson says that he first thought of the plan with a friend who worked at the airport. He said he did it just for a laugh, and did not fully expect the can of beer to make it through the flight, let alone find it intact on the conveyor belt a the luggage conveyor belt at the Perth airport. Qantas had no comment about the entire thing.